Despite some resistance from the South African batters, wickets at either side of the lunch break helped India wrap up the game early in the second session of day five.

Temba Bavuma, who came in to bat at the start of the day, was left stranded on 35* as the Indian bowlers ran through the rest of the lineup.

The win solidifies India’s position in the ICC World Test Championship standings, where they are currently placed fourth with a win percentage of 64.28.

Bavuma and Dean Elgar resumed action for South Africa on day 5, still 211 runs away from victory. Both the batters showed good intent in the opening exchange and punished India for their wayward bowling early on. Elgar was lucky to get a reprieve with Mohammad Shami dropping a return catch in his follow-through. The South African skipper rubbed salt on wounds by smashing three boundaries in the subsequent three overs, putting the pressure back on India.

Just when both the batters were looking comfortable at the crease, Jasprit Bumrah broke the 36-run stand by dismissing Elgar. Coming around the wicket, Bumrah got the ball to move back in and Elgar, having moved far too across the stumps in an attempt to flick, was struck on the pads. Elgar reviewed in hope but the tracker showed three reds, thus bringing an end to his vigil of 156 balls.

Quinton de Kock was positive in his approach as well but his innings didn’t last long. In almost a carbon copy dismissal from the first innings, de Kock played on trying to cut the ball that was too close to his body.

Five balls later, Shami induced an outside edge from Wiaan Mulder’s bat, as Rishabh Pant completed a simple catch behind the stumps.

Bavuma continued to show resilience despite wickets falling at the other end and along with Marco Jansen, took South Africa to lunch at 182/7.

Jansen came out with intent and smashed Shami for two boundaries in the first over after the break but it was the India pacer who had the last laugh, getting the debutant out caught behind.

Ashwin wrapped up the match with two wickets in two balls, the only wickets taken by a spinner in this Test, as India defeated South Africa by 113 runs to go 1-0 up in the three-match series.

The two teams will next face off in Johannesburg on 3 January 2022 for the second Test for the series. 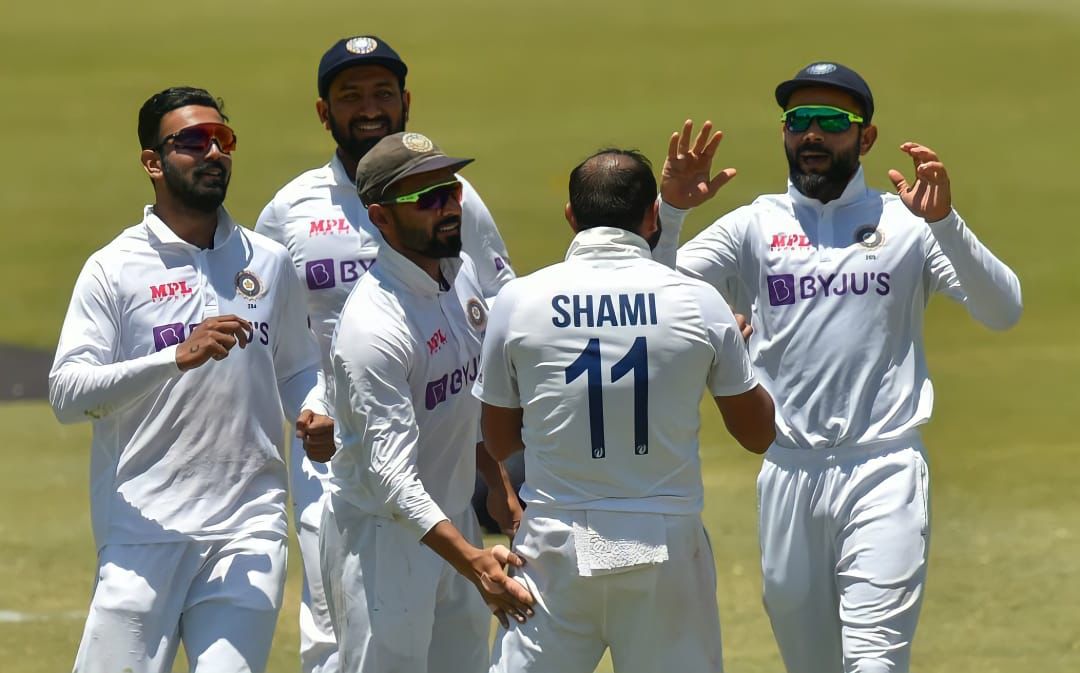