Kolkatta, November 22: Rohit Sharma and Axar Patel starred as the hosts routed T20 World Cup runners-up New Zealand by 73 runs to make a clean-sweep of the T20 series in Kolkata on Sunday, November 21.

Spinner Patel triggered the New Zealand batting collapse in the third over with two wickets to push the steep 185 to win target beyond their reach.

Opener Daryl Mitchell and Mark Chapman were two of Patel’s victims in an impressive career-best T20 international return of 3-9 which earned him the player of the match award.

India, playing under their new coach Rahul Dravid and the new T20 captain Sharma, won the three-match series in Ranchi on Friday.

Martin Guptill was the only Kiwi batsman to put up a fight scoring 51 off 36 balls before falling to leg-spinner Yuzvendra Chahal.

Chahal, making his international comeback, had a forgettable start but, after two expensive overs, found his groove in the third with Guptill’s wicket to finish with respectable 1-26.

Seamer Harshal Patel, who made it to the national team after a breakthrough IPL (Indian Premier League) season, impressed with 2-26.

Earlier Patel also came to India’s rescue with a late order cameo scoring 18 off 11 along with Chahar who smashed 21 off eight.

Sharma top-scored for India, clubbing 56 off 31 as the hosts posted 184-7. He was also named player of the series for scoring 159 runs in the three games.

“Harshal did well the last two games, and the spinners did the job for us in the entire series. (Ravichandran) Ashwin, Axar, and then Chahal bowling after a long period of time,” Sharma said.

“Venkatesh bowling those overs with the skill he has can be useful going forward,” he added.

Rookie all-rounder Venkatesh Iyer, also an IPL breakout star, impressed with 1-12 in his first outing as a bowler for India.

The stand-in skipper for New Zealand Mitchell Santner was his team’s most impressive bowler with 3-27.

Santner said that the Kiwis found it “challenging to bowl with dew” in the second innings but saw the series as “an opportunity to see different guys in different roles.”

Sharma had announced two changes for the hosts with Ashwin and KL Rahul making way for Ishan Kishan and Chahal.

Test skipper Virat Kohli opted out of the series and will also miss the first of two Tests against New Zealand.

The two teams will now head to northern India’s Kanpur city for the first Test next week. Dravid said that it was “nice to start well” after his first series win as India coach.

New Zealand captain Kane Williamson, who opted out of the India T20s, will return to lead the team in Kanpur. 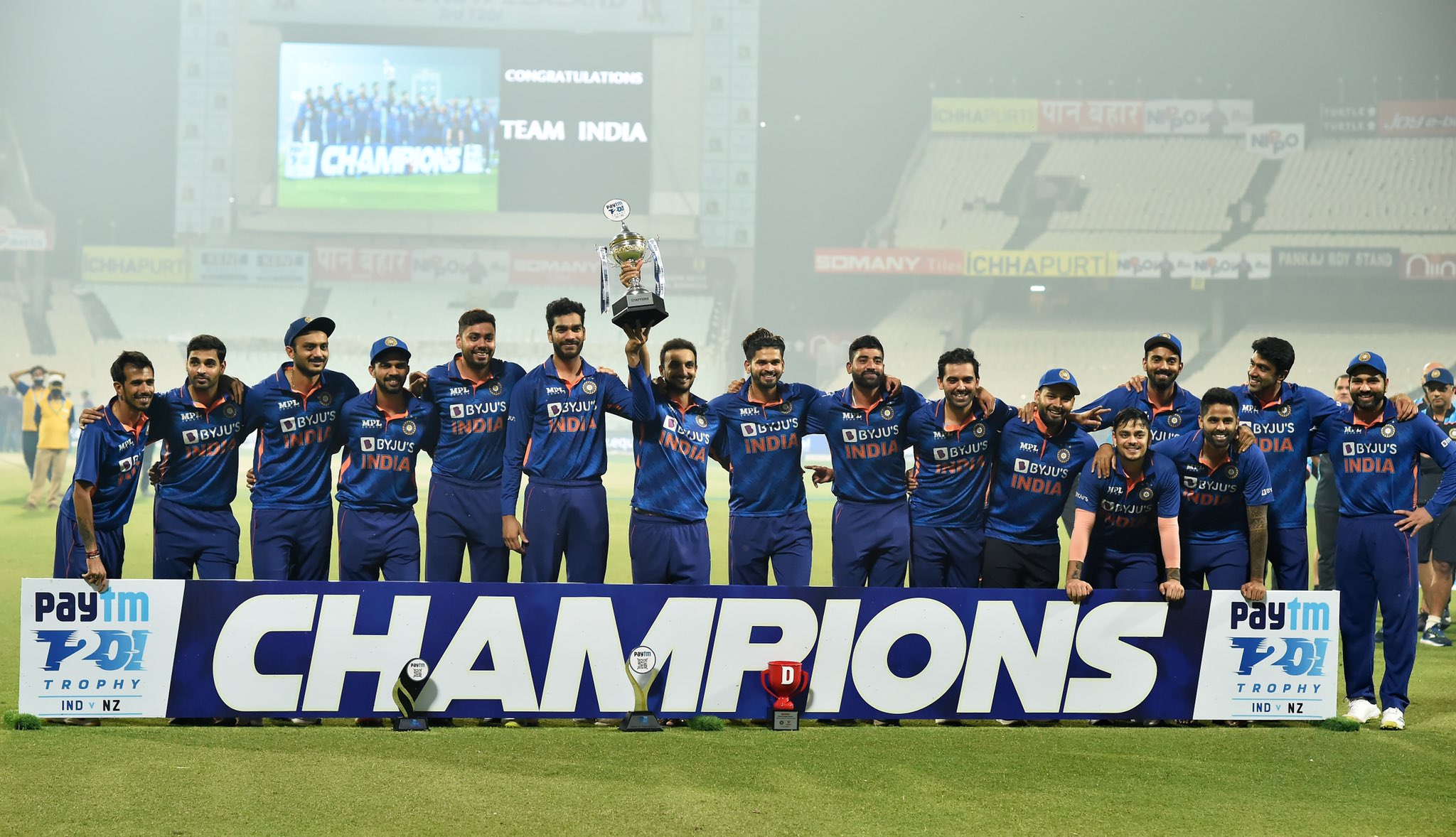