Chasing 154 in front of a packed crowd in Ranchi, India crossed the line in the 18th over having lost only three wickets, avenging their eight-wicket hammering by the Black Caps in the World Cup.

India got off to a slower start than New Zealand, making 45 in the power play compared to the visitors’ 64.

But KL Rahul and Rohit, who took over as T20 captain from Virat Kohli after the World Cup, turned up the volume after the 10th over off some lacklustre bowling from Mitchell Santner and Trent Boult.

Rahul, who moved to his half-century in style with a low-trajectory six off Adam Milne, departed for 65 off 49 balls to a Glenn Philipps catch off the bowling of stand-in captain Tim Southee.

Rohit was dropped by Boult in the 10th over and went on to secure his 25th T20I half-century before handing a dolly catch to Martin Guptill to give Southee his second.

Suryakumar Yadav then chopped on for 1 to make it three wickets for Southee before Rishabh Pant finished the job with two successive sixes off Jimmy Neesham.

India made one change after the first match of the three-match series on Wednesday, with Harshal Patel replacing the injured Mohammed Siraj.

The visitors made three changes with Milne, Ish Sodhi and Neesham coming in for Lockie Ferguson, Rachin Ravindra and Todd Astle. Skipper Kane Williamson is being rested for the series. 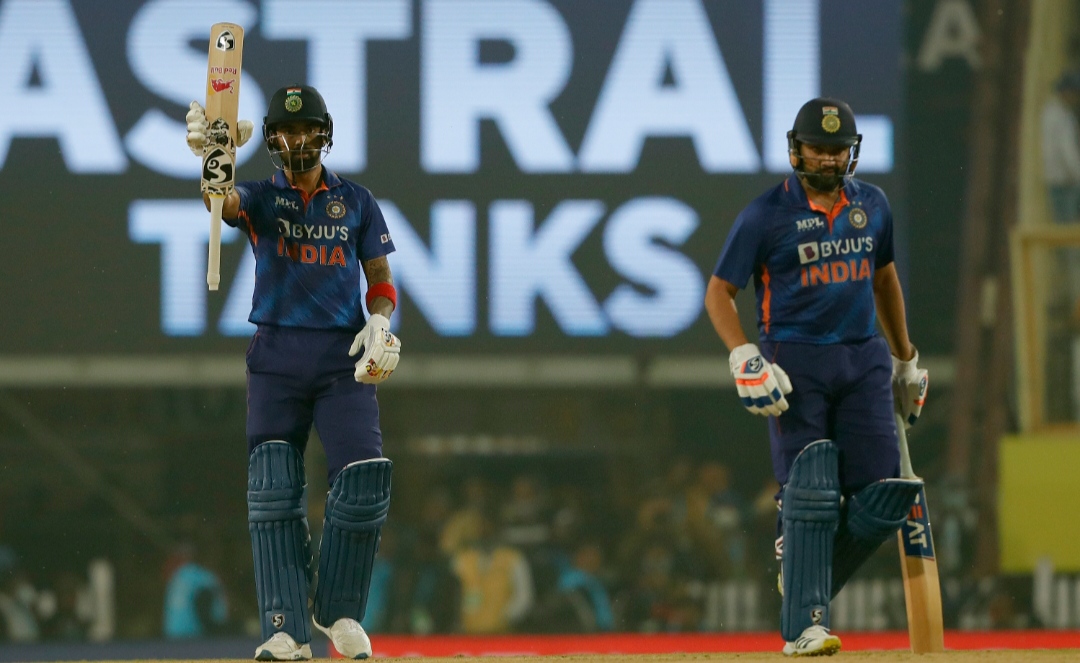