India vs New Zealand: Spinners’ day out as Axar Patel shines with a five-for 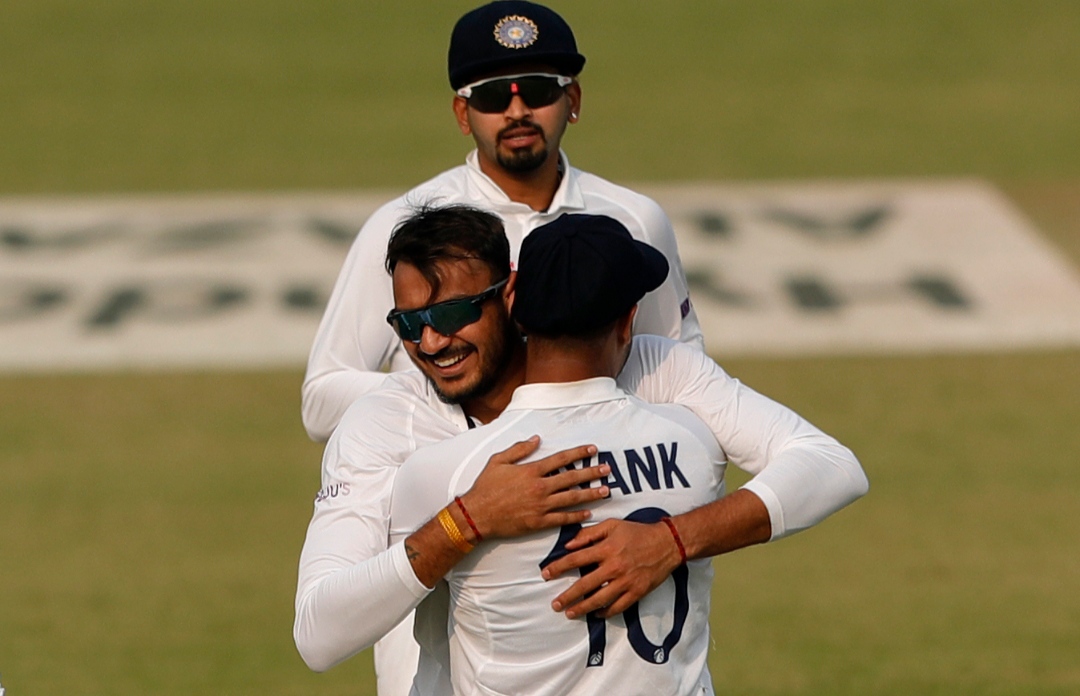 Earlier New Zealand resumed Day 3 on 129/0, with Will Young on 75* and Tom Latham keeping him company on 50*. India started the day with pacer Ishant Sharma, but in the next over itself, they introduced spin with R Ashwin bowling from the other end.

The visitors’ openers continued to further consolidate their stand, stitching a 151-run partnership – the second-highest opening stand for the Black Caps in India.

The introduction of Ashwin from the start reaped rewards for India in the form of Young’s wicket. The New Zealand batter was tackling with the spinner’s bowling nicely with impressive footwork, however, he was beaten by a flat delivery outside off stump, as Ashwin induced a faint edge with substitute wicket-keeper KS Bharat completing a good catch. Young fell 11 runs short of a well-deserved century.

India got another success with Umesh Yadav snaring the prized scalp of New Zealand skipper Kane Williamson at the stroke of lunch. Williamson mistimed the shot and the ball hit straight onto the front pad. The review showed three reds and the skipper had to make the long walk back to the pavilion, after scoring 18.

In the second session, India made a good comeback with the ball with regular wickets. Axar led the onslaught with three big wickets including that of set batter Latham’s. He first had Ross Taylor caught behind for 11, followed by an LBW dismissal of Henry Nicholls (2) and the all-important scalp of Latham, who fell five runs short of a century.

Towards the end of the afternoon session, Ravindra Jadeja snared his first wicket of the match, bowling Rachin Ravindra for 13. New Zealand went to tea at 249/6, with a deficit of 96.

Axar continued his brilliance with the ball in the final session, adding two more wickets to his tally and claiming his fifth Test five-for; while Ashwin wrapped up the New Zealand innings on 296 after snaring the last two wickets.