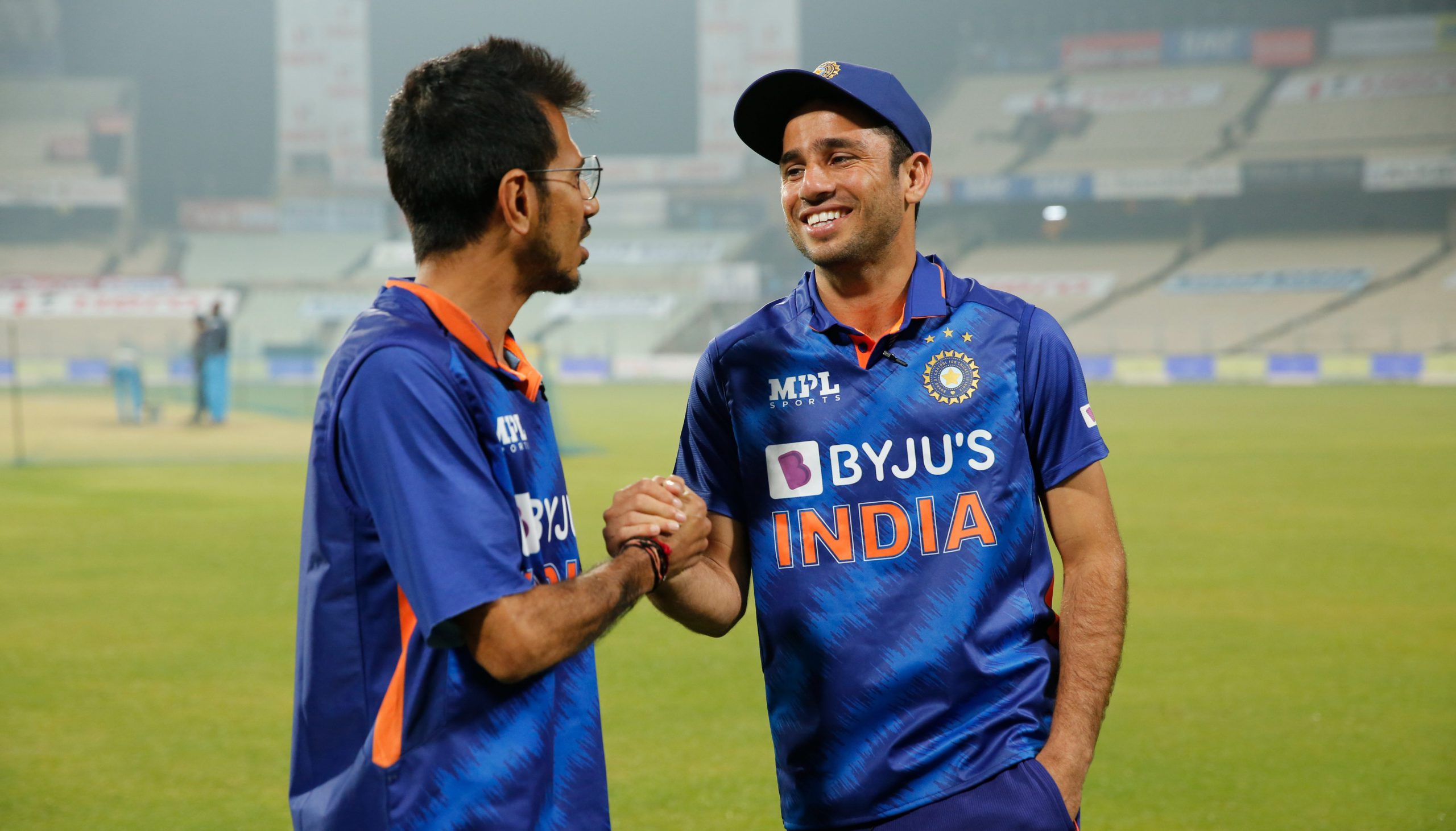 Kolkata, Febuary 17: India captain Rohit Sharma has high hopes for Ravi Bishnoi , after the young spinner completed a dream debut during the first T20I against the West Indies on Wednesday.

Bishnoi bowled with skill and guile in the middle overs of the contest to finish with impressive figures of 2/17 from four overs as India completed a six-wicket victory in Kolkata.

Rohit was suitably impressed with Bishnoi’s efforts and believes the 21-year-old’s versatility can help him forge a long career in white ball cricket for India.

“Bishnoi is a very talented guy which is why we drafted him into the squad straight away,” Rohit said after the win.

“We see something different in him. He’s got a lot of variations and skill-sets with him.

“He can bowl at any stage and it gives us a lot of options to rotate the other bowlers.

“I am very happy with his first game for India and he’s got a bright future and it’s just about us now on how we use him.”

Bishnoi’s heroics with the ball were enough for him to pick up the player of the match award, with the leg-spinner picking up the valuable wickets of Roston Chase and Rovman Powell while being able to slow the West Indies’ scoring rate.

“It’s everyone’s dream to play for India and I was feeling good,” Bishnoi said.

“West Indies is one of the best T20 teams and I got the chance to play against them.

“I didn’t think I would get player of the match in my very first match, it’s a dream come true.”