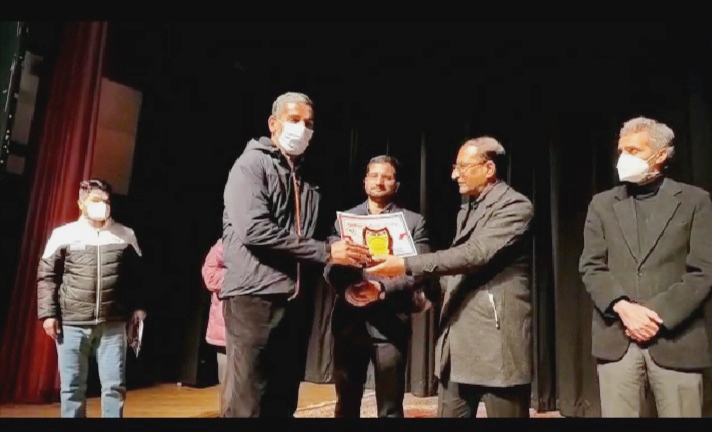 Parray who is Deputy Superintendent ACB, was felicitated for his services in the promotion of sports.
He recieved award from Deputy Director Health Services Kashmir and Assistant Director Tourism Kashmir.

Parray has been a well known sports personality of Pattan area. He is credited of being founder member of SNW Cricket tournament which has been running for more than 18 years now. He is also credited with being a founding member of Shaheen Sports Association Chanderhama Pattan. Currently he also serves organisation as its chief advisor.