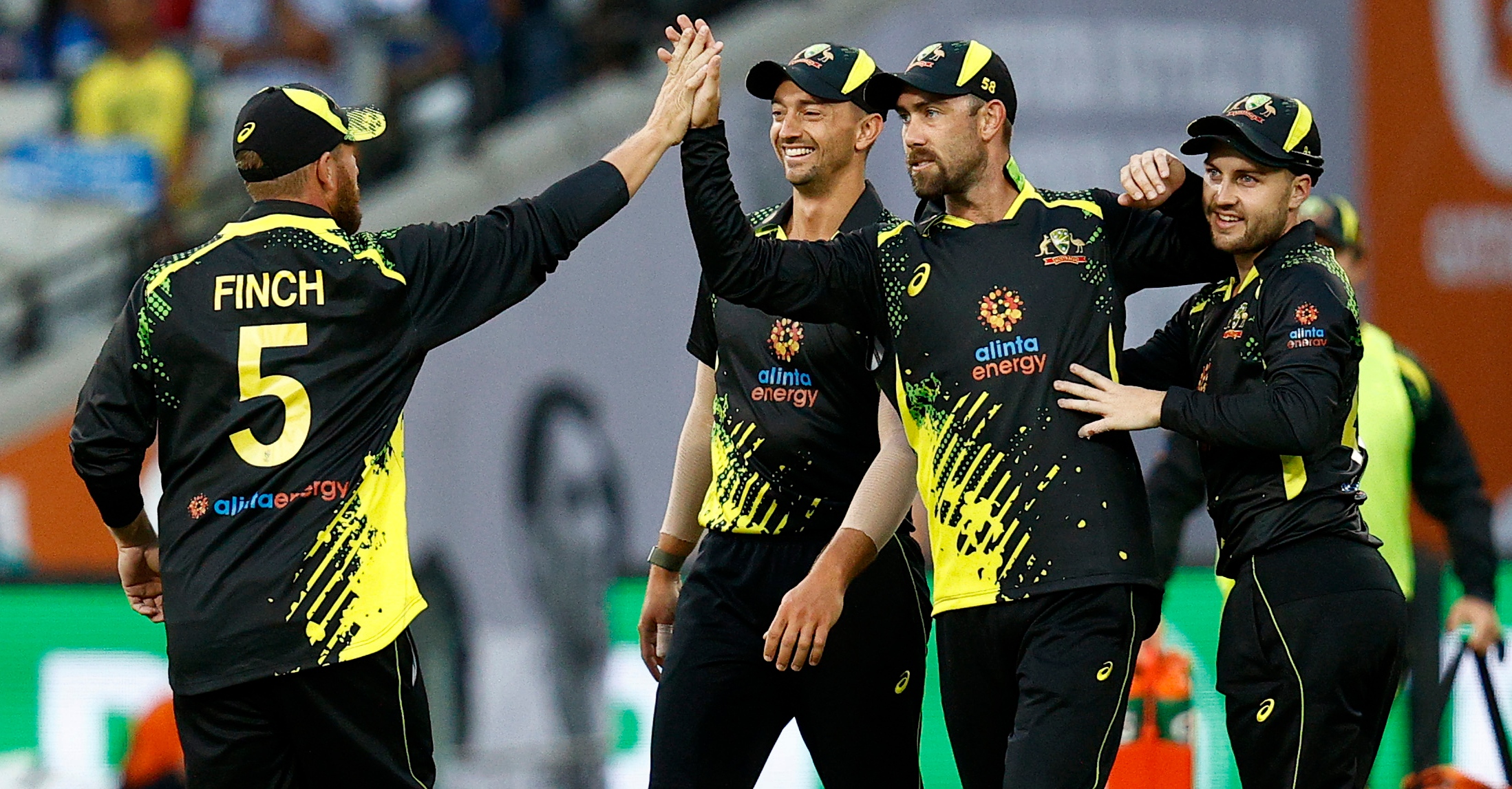 Adelaide, Febuary 18: Australia continued to dominate in the T20I series, beating Sri Lanka by six wickets in the fourth encounter on Friday, 18 February.

Australia were clinical all the departments as they secured a comfortable win with 11 balls to spare.

Earlier, Australia captain Aaron Finch won the toss and decided to have a bowl first. After taking an unassailable 3-0 lead in the five-match series, the hosts had the option of experimenting with their XI in the fourth T20I. They made two changes and brought in Jhye Richardson and Adam Zampa who were rested in the previous game.

Meanwhile, Sri Lanka made only one change with Lahiru Kumara coming in for his first game of the series in place of the injured Nuwan Thushara.

Sri Lanka once again failed to capitalise on a decent start provided by the top order. Openers Danushka Gunathilaka and the in-form Pathum Nissaka started the innings with some good looking shots and had added 35 runs in the first four overs, but the introduction of spin in the Powerplay worked for Australia as Ashton Agar managed to get Gunathilaka’s wicket.

The run-out turned out to be crucial for Australia as it completely changed the momentum of the match. Sri Lanka lost wickets at regular intervals and ended up with 139/8 on the board.

Nissanka continued his good form and scored 46 off 40 balls but fell short of a deserving half-century while trying to go after Adam Zampa in the 17th over. Sri Lanka went into deep trouble after losing the wickets of Asalanka, Chandimal and captain Shanaka cheaply. However, the tail-enders did manage to hit some boundaries towards the end of the innings and those 17 runs from the last over off Kane Richardson helped them to a decent total.

The Sri Lankans started their defence with early wickets. Agar and Ben McDermott opened the batting for Australia but McDermott (9) once again fell prey to Maheesh Theekshana.

After taking the first wicket the Lankans were desperate to take another wicket. Aaron Finch who had just come out to bat got one hit straight onto the pads which forced Sri Lanka to take an unsuccessful review. Finch and Agar struggled to score runs and Australia finished the Powerplay with only 30 runs on the board, 11 runs short of what Sri Lanka had scored in their first six overs.

Finch became victim of a short ball from Lahiru Kumara as he lost his wicket in the seventh over. Agar (26 from 31) on the other end was struggling to find boundaries and in a desperate attempt to find one, he top-edged one straight into the hands of the mid-off fielder.

After taking wickets of the top three, the Sri Lankans looked to have control of the game and once again the responsibility came on the shoulders of the Australian middle-order batters to take their team across the line.

Josh Inglis and Maxwell took the responsibility and didn’t let the Lankans dominate, their 71-run partnership helped Australia to reach a position from where the run chase looked effortless. Inglis after making 40 runs off 20 balls nicked one to the wicketkeeper’s hand but Maxwell stayed till the end and scored an unbeaten 48 runs from 39 balls to push Australia past the finish line.