Srinagar, April 20: After delivering another impressive all round performance in Yellow colours , Chennai Super Kings (CSK) head coach Stephen Fleming was all praise for his new English recruit Moeen Ali.
CSK on Monday beat Rajasthan Royals by 45 runs and Moeen Ali played bog part in that.
Since arriving in Chennai squad this season, Moeen Ali has been brilliant with the bat for CSK at No.3 position and has also contributed with the ball as well.
In the three matches so far, Moeen Ali has scored 36, 46 and 26 runs while batting at the position for the 3-time champions. Moeen also picked up three crucial wickets of David Miller, Riyan Parag and Chris Morris against Rajasthan with his his finger spin .
Speaking in a post natch press conference , Stephen Fleming said, “He (Moeen Ali) has added an all-round aspect to the game, which we lacked last year. His contributions today have been just what we were looking for. We are absolutely rapt with the way he has started”.
“Moeen Ali has been really impressive. The way he has played at no. 3 has been instrumental in us getting good scores,” Fleming went on to say.
About lack of any batter scoring big runs , CSK coach said, ” In regards to the way we are playing the game, I am really excited about that as well. I don’t think we have played a good 20 overs with the bat yet. But we are still able to get high scores, the long resource that we have, we are using it. And we are pushing oppositions hard, so we are playing a positive game throughout”. 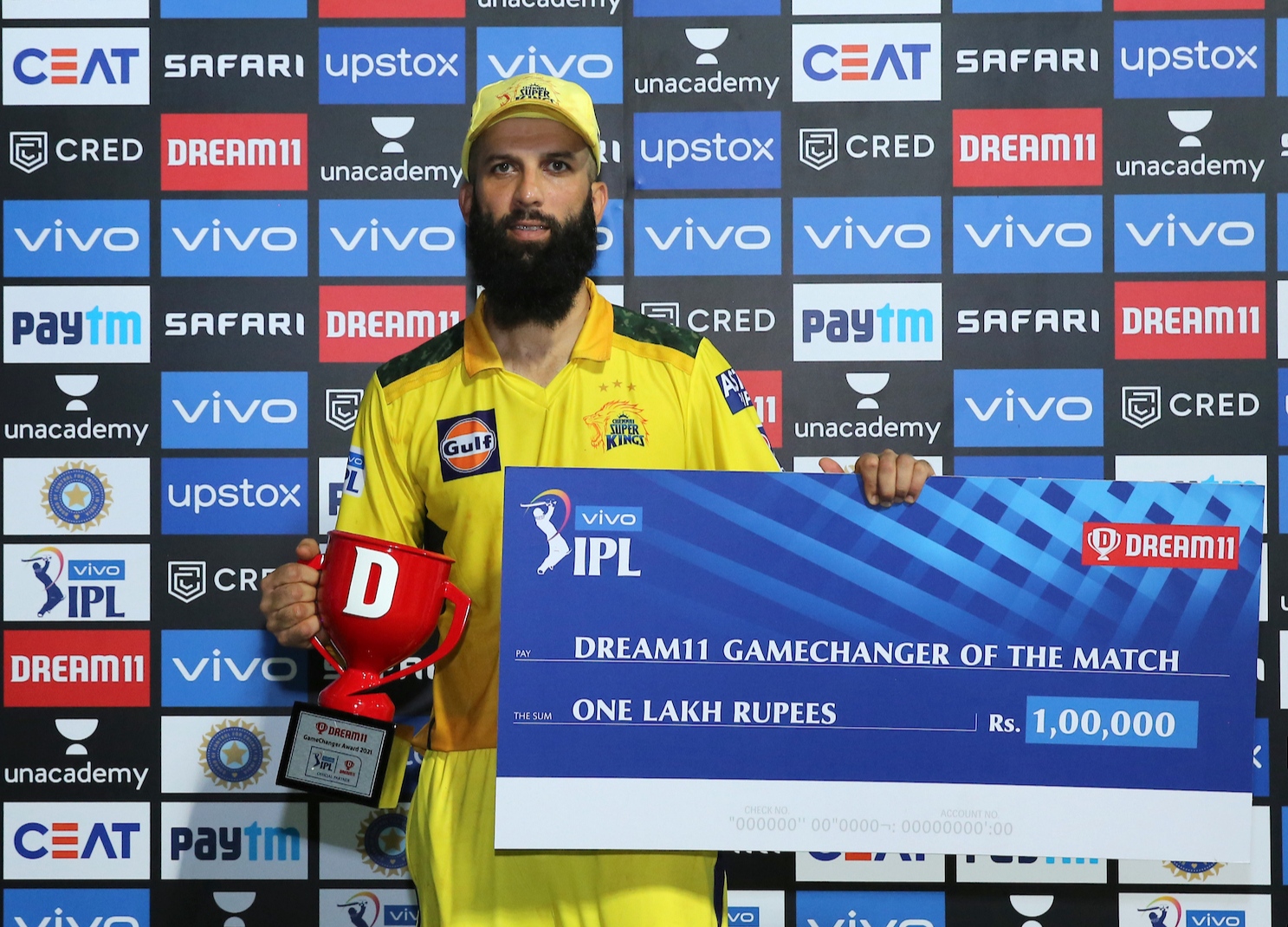