IPL 2021: How dare you treat us like this, Michael Slater to Australia Prime Minister 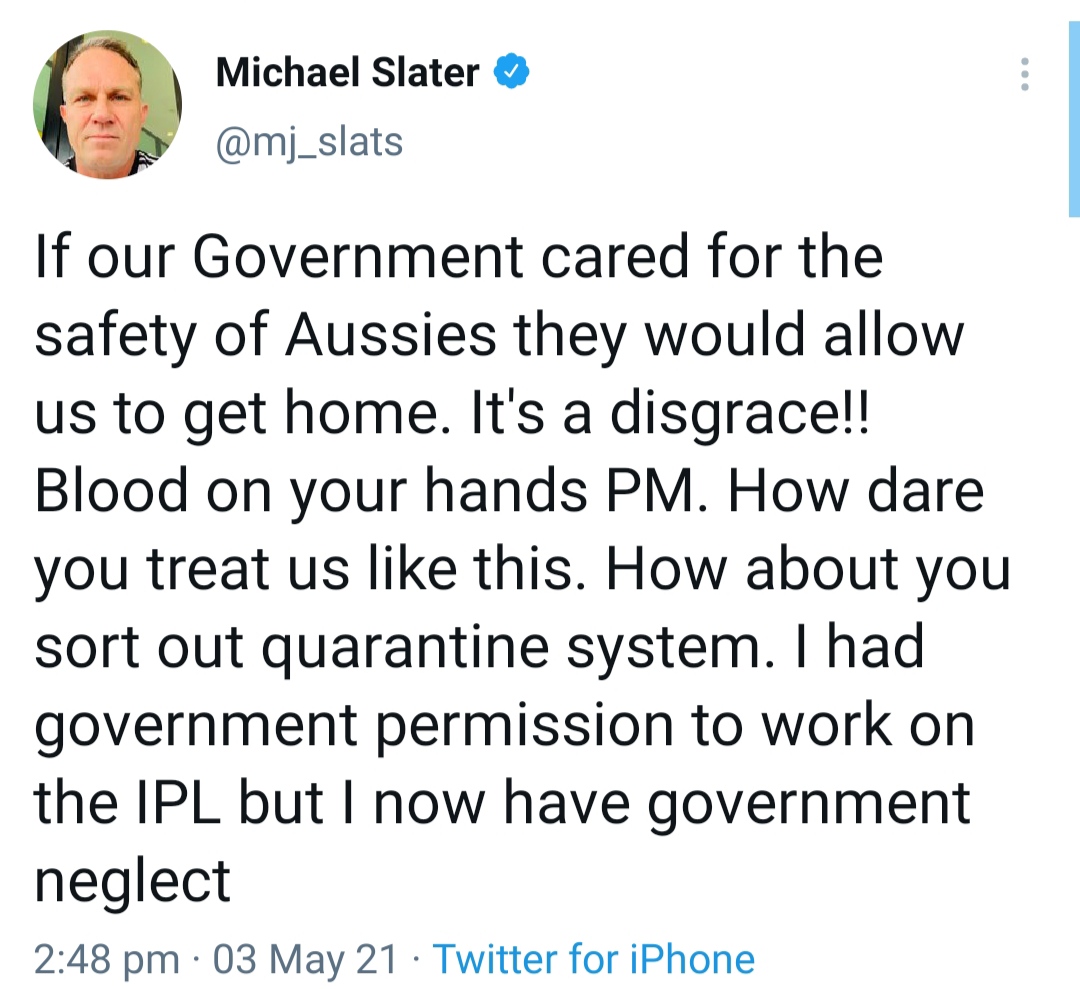 Srinagar, May 3: With COVID-19 breaching secure bio bubble of India Premier League (IPL) anxiety amoung the person involved is increasing as former Australian cricketer has hit out at Australian Prime Minister for not caring for them.

On Monday multiple cases of Postive COVID 19 cases surfaced in IPL with players of Kolkata Knight Riders (KKR) and support staff of Chennai Super Kings (CSK) testing Postive . There are reports that some members of Delhi Cricket Association ground staff have also tested Postive for virus .

With number of Australian cricketers , coaches and experts part of IPL, Australian Goverment has said that any one coming from India before May 15 can face fine and imprisonment of five years.

Coming put harshly on Australia Prime Minister former Australian cricketer turned expert Michael Slater said that if Goverment card for them they would allow them to come home.

“If our Government cared for the safety of Aussies they would allow us to get home. It’s a disgrace!! Blood on your hands PM. How dare you treat us like this. How about you sort out quarantine system. I had government permission to work on the IPL but I now have government neglect,” Michael Slater Tweeted .

So Far Cricket Australia has said that there are no plans to arrange chartered flight to bring back Australians from India.

The news is now coming that Michael Slater, has reportedly flown to the Maldives having been in India commentating on the tournament.