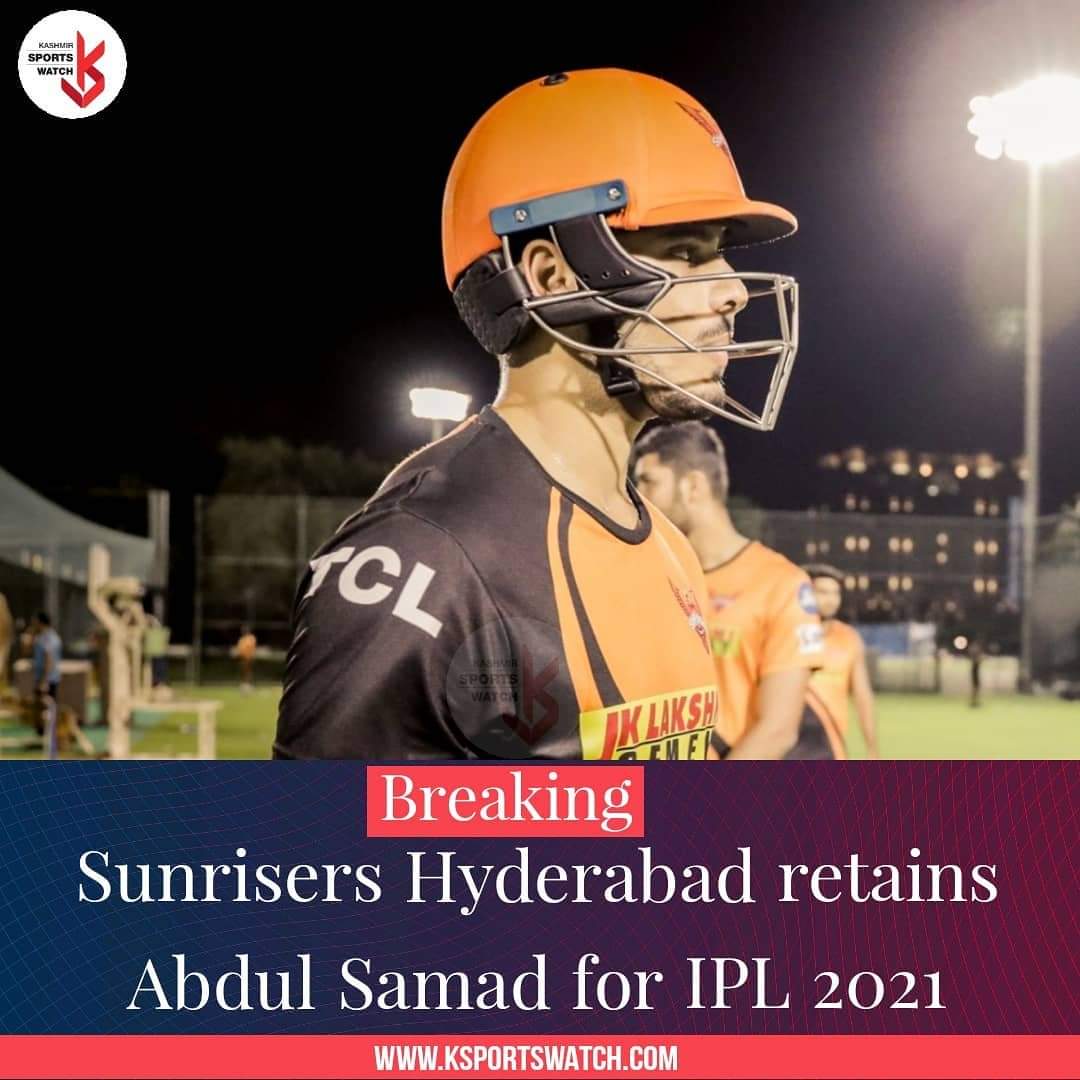 Srinagar, January 21: Impressed with his big hitting ability and maturity during Indian Premier League ( IPL) -2020 edition in UAE , Sunrisers Hyderabad have retained J&K’s rising star Abdul Samad in its squad for IPL-2021.
The Hyderabad franchisee on Wednesday announced list of 22 players they retained ahead of IPL players auction for 2021 edition . The list also includes J&K cricketer Abdul Samad who recently made headlines while playing for J&K in Syed Mushtaq Ali Trophy T20 tournament.
Samad last year became third J&K cricketer and first from Jammu province to play in cash rich league . He was instant success and went on to play 12 matches during the tournament. In 12 matches , Samad scored 111 runs with the average of 22 but it was his strike rate and big hits that impressed everyone . He finished tournament with strike rate of 171. Samad also took couple of wickets during the tournament.
Meanwhile SunRisers Hyderabad have also retained David Warner and Kane Williamson amoung the high profile players.

Meanwhile another talented cricketer from Kashmir Mujtaba Yousuf was called up by Mumbai Indians for the trials after having done well in recently held Syed Mushtaq Ali Trophy T20 Tournament .