IPL 2022: Check who won which award in the final 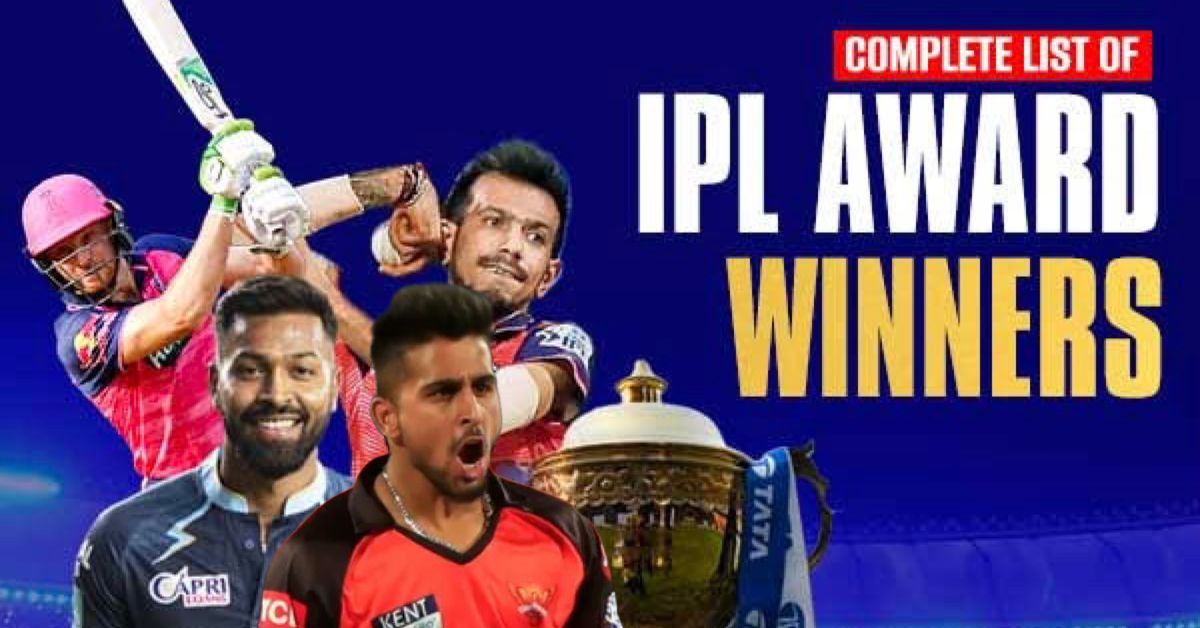 After continuous entertainment for more than 70 days and 74 matches, the 15th edition of the Indian Premier League (IPL) concluded with Gujrat Titans emerging as the champions in their maiden IPL season. Hardik Pandya led Gujrat Titans defeated Rajasthan Royals by 7 wickets in the finals of the tournament.

Rajasthan Royal players despite failing to win the trophy for their team walked away with most of the awards on Sunday.

Jos Buttler bagged the Orange Cap for scoring most runs in the season (863) while as his teammate Yuzvendra Chahal walked away with the Purple Cap award for his 27 wickets in 17 games.

Chahal just managed to pip Wanindu Hasaranga, who finished second on the list with 26 wickets in 16 games. Jos Buttler also ended up winning the prestigious award of “Player of the tournament.”

Player of the season: Jos Buttler

Super Striker of the season: Dinesh Karthik (strike rate of 183.33)