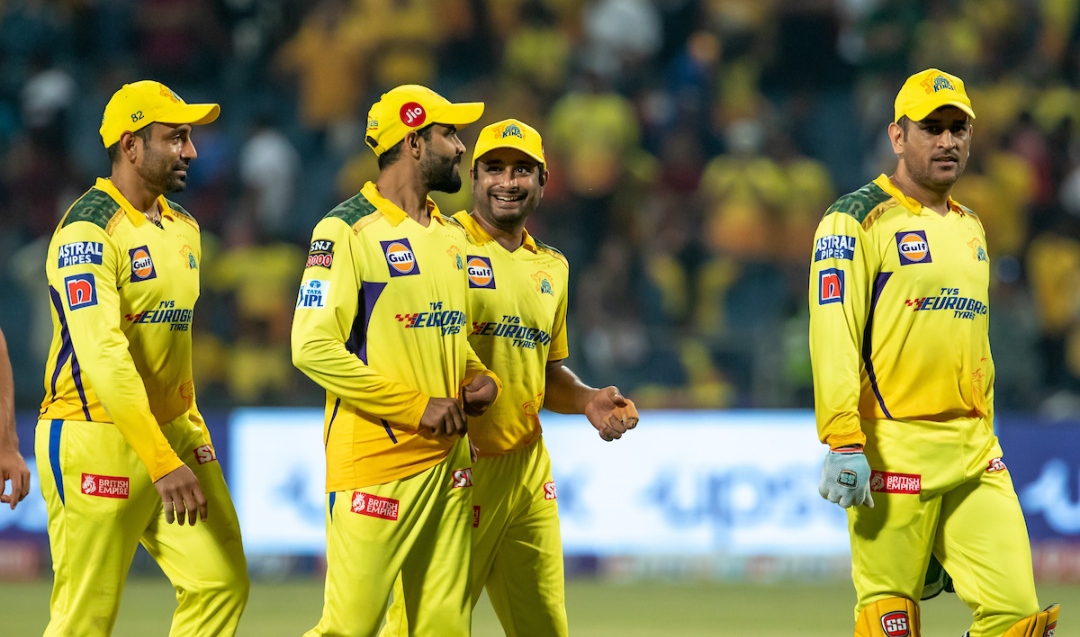 Pune, May 2: Chennai Super Kings (CSK) were back to winning ways in the TATA Indian Premier League (IPL) 2022 after registering a victory against Sunrisers Hyderabad (SRH) by 13 runs on Sunday at the Maharashtra Cricket Association Stadium in Pune.

Ruturaj Gaikwad (99) and Devon Conway (85*) starred in CSK’s 13-run victory after the duo stitched a glorious match-winning partnership to take CSK to 202/2 in the first innings. Chasing a challenging target of 203, SRH openers – Kane Williamson and Abhishek Sharma were off to a flier and SRH were 46-0 after 4 overs.

Williamson and Sharma whacked a six each to put CSK bowlers under pressure. Sharma got a reprieve in the third over. The fifty partnership was up for the opening wicket before Mukesh Chaudhary scalped two wickets on consecutive deliveries. While Sharma holed out to the deep, Rahul Tripathi sliced it straight to short third man. Aiden Markram and Williamson added 30 runs for the next wicket.

Markram crunched consecutive sixes against Santner but the bowler had the last laugh after Markram was caught at deep mid-wicket. SRH were 89-3 at the half-way mark. Nicholas Pooran showed intent immediately and crunched a six as the 100 was up for SRH in the 12th over.

Williamson and Pooran clubbed a six each but Dwaine Pretorius claimed the all-important wicket of the SRH skipper after Williamson was trapped LBW. The equation was down to 56 off 18 for SRH after Pooran smashed his third six of the innings. Mukesh Choudhary added two more wickets to the tally after dismissing Shashank Singh and Washington Sundar in the 18th over. Pooran reached his fifty after hitting three sixes and a four in the final over but SRH fell 14 runs short of the target.

Earlier, CSK, who were put in to bat first, made two changes – Devon Conway and Simarjeet Singh were named in the eleven.CSK openers – Devon Conway and Ruturaj Gaikwad made a cautious start with the bat but did not lose any wicket inside the powerplay. Ruturaj Gaikwad smacked two sixes and did the majority of the hitting as CSK were 40/0 after 6 overs. Both Conway and Gaikwad added a four and a six each in the next two overs.

Gaikwad took on Umran Malik’s rapid pace and creamed consecutive fours to bring up his half-century.The hundred partnership was up for the opening wicket after Gaikwad hammered two sixes in a row off Markram’s bowling.

17 runs were conceded from the 12th over, bowled by Umran Malik as the CSK openers continued striking the ball to all parts of the ground.Conway thumped two sixes and a four against Marco Jansen to reach his half-century.

The 150 partnership was up for the opening wicket and CSK were 153-0 at the end of 15 overs.Unfortunately for CSK, Gaikwad fell one run short of the three figure mark after the right-handed opener was caught at backward point off Natarajan’s bowling.Natarajan scalped his second wicket to dismiss CSK skipper MS Dhoni but Conway added two fours in the final over to take CSK to 202/2 in the first innings.