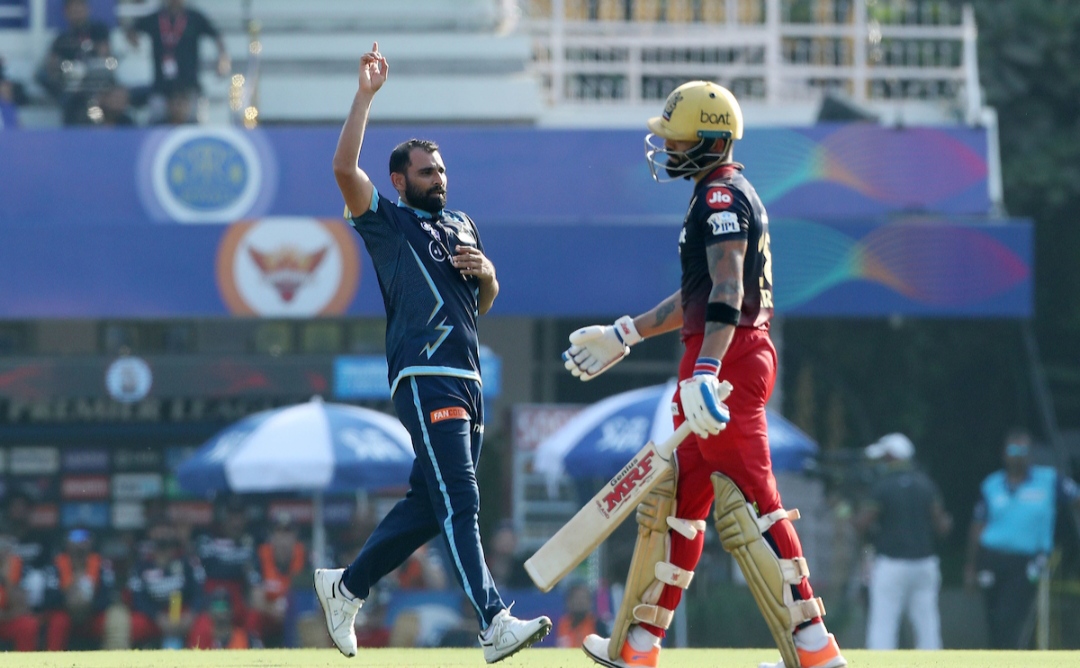 Mumbai, May 1: Gujarat Titans (GT) continued their winning run in the TATA Indian Premier League (IPL) 2022 after registering a victory against Royal Challengers Bangalore (RCB) by 6 wickets on Saturday at the Brabourne Stadium in Mumbai.

Rahul Tewatia and David Miller once again displayed their finishing acumen with the bat for Gujarat Titans as they successfully chased down the target in the last over.Chasing a target of 171, GT openers – Shubman Gill and Wriddhiman Saha started steadily with the bat with boundaries being scored from both ends. GT were 46-0 at the end of the powerplay.

The fifty partnership was up for the opening wicket before Hasaranga dismissed Saha in the 8th over after the opener was caught in the outfield. Gill whacked his first six of the innings before the opener was trapped LBW by Shahbaz Ahmed. GT were 77-2 at the half-way mark. Shahbaz scalped his second wicket after skipper Hardik Pandya was caught by Lomror in the deep. New batters – David Miller and Sai Sudharsan creamed a four each in the 12th over.

Substitute wicket-keeper Anuj Rawat took a sharp catch behind the stumps to dismiss Sudharsan as Hasaranga claimed his second wicket.GT required 58 off the final five overs after Miller crunched a four and six each. Miller and Tewatia added three fours in the 16th over. 17 runs were conceded in the 18th over as Tewatia and Miller changed the momentum of the game.

Tewatia hit the final ball of the penultimate over for six which brought the equation down to 7 off 6 deliveries.Tewatia hit the winning runs as GT chased down the target with three balls to spare. Earlier, RCB, who elected to bat first, made one change – Mahipal Lomror replaced Suyash Prabhudessai in the eleven.Virat Kohli was off the mark with two fours in the first over.

Faf du Plessis, however was out without scoring as the RCB skipper was caught behind off Pradeep Sangwan’s bowling. Kohli continued to take on the GT bowling attack and added 3 more fours. Rajat Patidar struck two fours at the other end and RCB were 43-1 at the end of powerplay.

The fifty partnership was up for the second wicket after Kohli and Patidar were dealing in boundaries. Kohli reached his half-century in the 13th over as RCB crossed the 100-run mark in the 13th over. Patidar reached his maiden IPL fifty before the batter was caught by Patidar as Sangwan claimed his second wicket. GT added further pressure after Kohli was bowled by Shami in the 17th over and Dinesh Karthik was caught off Rashid Khan’s bowling

Glenn Maxwell at the other end attacked aggressively and raced off to 33 off 18 after smashing three fours and two sixes. Ferguson brought an end to Maxwell’s innings after Rashid Khan took a sharp catch at extra cover.15 runs were conceded in the final over after Mahipal Lomror smacked a six and four each before he was caught on the final delivery as RCB finished with a total of 170/6.