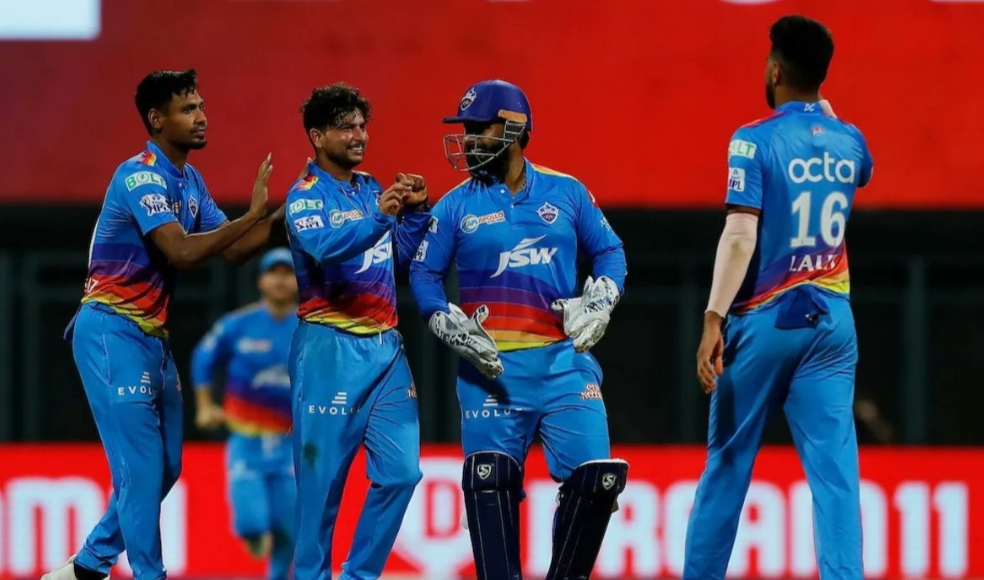 Mumbai, April 29: Delhi Capitals (DC) were back to winning ways in the TATA Indian Premier League (IPL) 2022 after registering a victory against Kolkata Knight Riders (KKR) by 4 wickets on Thursday at the Wankhede Stadium in Mumbai.

Kuldeep Yadav was the pick of the bowlers as he continued his impressive run with the ball and starred with a four-wicket haul, leading DC to a crucial victory. Chasing 147, DC lost Prithvi Shaw’s wicket on the first ball of the innings after Umesh Yadav took a wonderful catch off his own bowling. Harshit Rana claimed his maiden IPL wicket to dismiss Mitchell Marsh. David Warner was on the move with five fours and was joined by Lalit Yadav as DC were 47/2 at the end of the powerplay.

The duo stitched a fifty partnership for the third wicket. Yadav sliced a six followed by a four as DC were 80-2 after 9 overs. Umesh Yadav got KKR back in the game with the wicket of Warner, who was caught in the deep for 42. KKR scalped two wickets in no time to dismiss Lalit Yadav and DC skipper Rishabh Pant. While Lalit Yadav was trapped LBW by Narine, Pant was caught behind off Yadav’s bowling.

Axar Patel hit 2 fours and a six before the left-handed batter was run-out for 24 as DC required 34 off the final five overs. 14 runs were conceded in the 17th over after Rovman Powell whacked a four and six, bringing DC closer to the target. With only 4 runs required off the final two overs, Powell wrapped the chase with a maximum.

Earlier, KKR, who were put in to bat first, made three changes – Aaron Finch, Harshith Rana and Baba Indrajith were named in the eleven. Chetan Sakariya provided early success for DC in the second over. Aaron Finch was dropped before the opener was bowled on the very next delivery.Venkatesh Iyer was caught at short fine-leg off Axar Patel’s bowling and KKR were 29-2 at the end of the powerplay.

KKR lost the wickets of Baba Indrajith and Sunil Narine on consecutive deliveries as Kuldeep Yadav struck twice in the 9th over. Skipper Shreyas Iyer was joined by Nitish Rana as KKR were 56-4 at the half-way mark. Iyer eased off the pressure by hitting two fours in the 12th over. Rana smacked the first six of the innings in the next over.

However, Kuldeep Yadav didn’t let the momentum slip away and scalped the wickets of Iyer and Andre Russell in the same over to pick a four-wicket haul. Nitish Rana continued the flow of runs from one end as the left-handed batter added three fours and as many sixes as KKR were 128-6 at the end of 18 overs.

Rana reached his fifty with a six. Rinku Singh at the other end, creamed three fours as the duo stitched a vital fifty partnership. Mustafizur Rahman scalped three wickets in the final over to restrict KKR to 146-9 in the first innings.