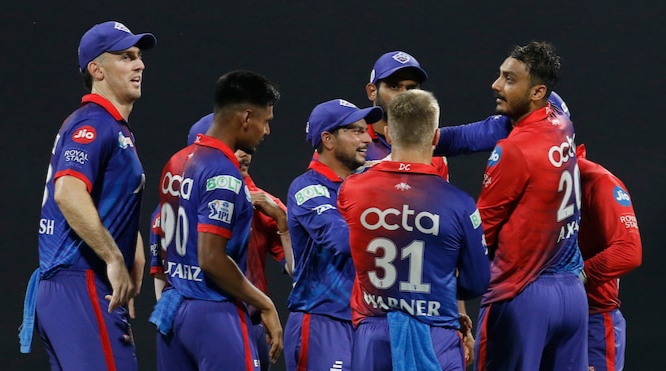 Srinagar, April 18: As per report an overseas player of Delhi Capitals has tested positive for the COVID, forcing BCCI enforce COVID protocols to delay team travelling to Pune for the next IPL 2022 match.

Delhi Capitals are scheduled to olay against Punjab Kings on Wednesday in Pune.

A PTI report said thay an Australian all-rounder showed some symptoms and a Rapid Antigen Test was performed which came positive.

“DC were supposed to travel to Pune today but the entire squad members have been told to retire to their respective rooms and as per protocol RT PCR is being done to ascertain whether there is an outbreak in the camp or it is an isolated case like Patrick Farhart,” a PTI quoted BCCI source as saying.

“It is understood another member of the support staff has also shown symptoms but RT-PCR results are awaited. “All teams are staying at Conrad Hotel in Pune where BCCI has created a bio-bubble. They were supposed to travel but now it has been delayed. Obviously all those whose results would be negative would carry on with onward journey tomorrow,” Report further quoted source as saying.