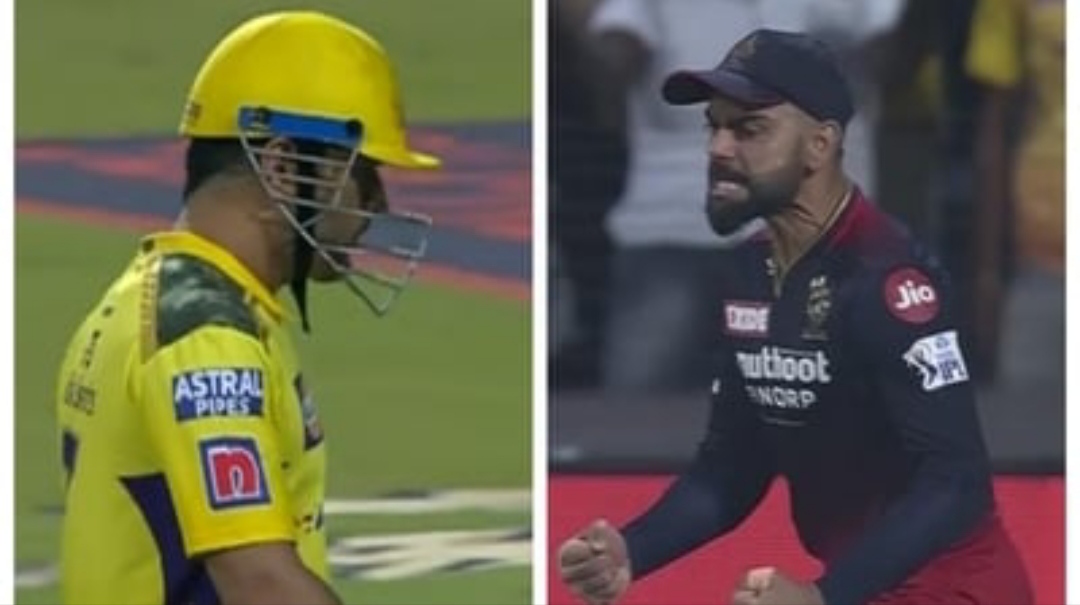 Srinagar, May 5: The ever passionate Virat Kohli celebrated MS Dhoni’s wicket as he always does but that has not gone well with the fans on Twitter.

On Wednesday , RCB beat Chennai Super Kings in the ongoing IPL 2022. But the highlight and talking point on Twitter about the match has been hyper celebration of Virat Kohli , when MS Dhoni got out.

The 33-year-old’s body language after MS Dhoni dismissal didn’t go well with the supporters, who were quick to vent out their emotions on Twitter.

The CSK captain was dismissed in the penultimate over bowled by Josh Hazlewood as he tried to clear the mid-wicket fence but his shot went straight to Rajat Patidar in the deep. Soon after the fielder completed the catch an exhilarated Kohli was seen shouting, which was caught on camera.

With this win RCB have now moved into the top four with six wins from 11 matches. CSK, on the other hand, have three wins from 10 matches.