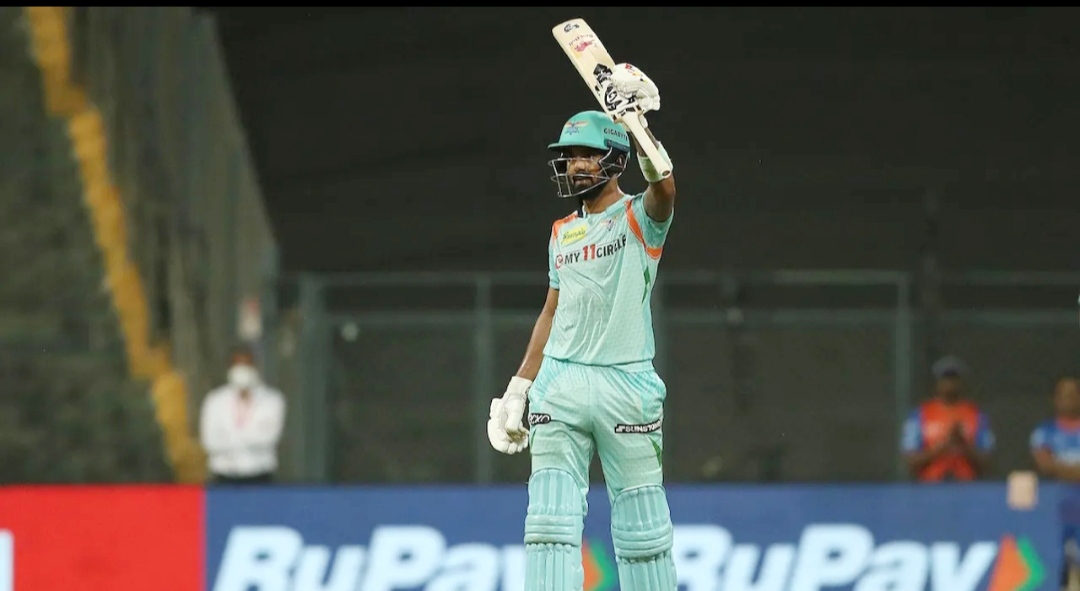 Mumbai, April 25: Lucknow Super Giants (LSG) were back to winning ways in the TATA Indian Premier League (IPL) 2022 after a comprehensive victory against the Mumbai Indians (MI) by 36 runs on Sunday at the Wankhede Stadium in Mumbai.

KL Rahul led the charge with the bat and slammed his second remarkable century of the season as a compelling performance from LSG ensured a 36-run victory in Mumbai. Chasing a target of 169, MI openers – Rohit Sharma and Ishan Kishan took time to get going.

The MI skipper led the charge with the bat and got off the mark with a four.Rohit smacked his first maximum of the innings in the 6th over and MI were 43-0 at the end of the powerplay.Ravi Bishnoi scalped Kishan’s wicket after the left-handed batter was caught at first slip. Dewald Brevis was caught at third-man in the 9th over off Mohsin Khan’s bowling.

MI lost two more wickets and found themselves in a challenging position following the dismissals of Rohit Sharma and Suryakumar Yadav. Bishnoi’s second over produced 16 runs after Tilak Varma switched gears to hit two sixes. With 71 required off the final five overs, Varma creamed consecutive fours off the first two deliveries off Holder’s bowling. Pollard and Varma brought MI closer as they required 50 off the last three overs. Holder conceded only 6 runs and picked the crucial wicket of Tilak Varma.

Dushmantha Chameera conceded only 5 runs in the penultimate over. Krunal Pandya, who bowled the final over, scalped two wickets as well as a run-out as LSG won by 36 runs in the end.

Earlier, LSG, who were put in to bat first, made one change – Mohsin Khan replaced Avesh Khan in the eleven. LSG openers – KL Rahul and Quinton de Kock started cautiously.

Jasprit Bumrah provided the opening breakthrough for Mumbai Indians.While de Kock got a reprieve in the fourth over, the left-handed batter was caught inside the circle on the very next ball. At the end of powerplay, LSG were 32-1 and skipper KL Rahul was joined by Manish Pandey at the crease.

After a quiet couple of overs, Rahul played a release shot in the 9th over which went all the way for a maximum. 17 runs came from the 10th over after Pandey smacked his first six of the innings while Rahul added 2 fours as LSG were 72-1 at the half-way stage. KL Rahul reached his half-century in the next over before Kieron Pollard broke the partnership as Pandey was caught at short fine-leg.

MI took two more wickets in quick succession as Daniel Sams and Pollard dismissed Stoinis and Krunal Pandya respectively. A soft dismissal brought an end to Deepak Hooda’s knock and LSG were 126/5 with four overs to go. KL Rahul creamed three fours in a row in the 18th over and moved into the nineties.

Jasprit Bumrah conceded only four runs in the penultimate over. LSG skipper reached his second century of the season with a six. Ayush Badoni smacked a maximum straight down the ground before he holed out to long-on as LSG finished their innings with a total of 168/6.