IPL 2022: Mumbai Indians down Rajasthan Royals to register first win of the season 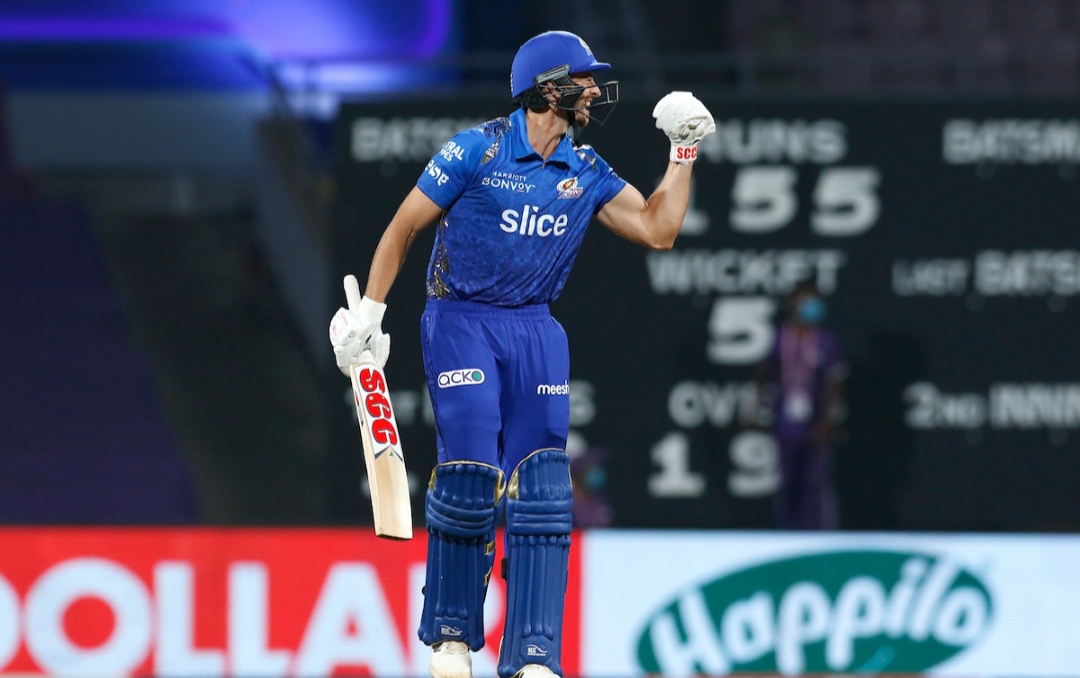 Mumbai, May 1: Mumbai Indians (MI) won their first game of the season in the TATA Indian Premier League (IPL) 2022 after registering a victory against Rajasthan Royals (RR) by 5 wickets on Saturday at the DY Patil Stadium in Navi Mumbai.

Suryakumar Yadav and Tilak Varma led the charge with the bat and rescued MI out of trouble as they successfully chased down the target of 159. Chasing 159, MI were 22/0 in two overs before skipper Rohit Sharma’s top-edge was caught by Daryl Mitchell, off Ravi Ashwin’s bowling. Ishan Kishan put pressure on the bowlers with his aggressive blows but the opener mistimed a pull-shot, which was caught by Samson.

MI were 41-2 at the end of 6 overs. Suryakumar Yadav counter-attacked and struck three fours to get going. Tilak Varma was also off the mark with a six straight down the ground.RR kept things tight with the ball in the next three overs, which produced only 14 runs. MI were 75-2 at the 10-over mark.

The fifty partnership was up for the third wicket and MI were on track to chase down the target. Suryakumar Yadav notched his half-century in style with a six in the 14th over. RR scalped two quick wickets to bounce back in the game. Both – Suryakumar Yadav and Tilak Varma holed out to the deep against Chahal and Krishna’s bowling respectively.

Tim David struck two crucial fours against Kuldeep Sen as the equation was down to a run-a-ball 12. With MI requiring 4 off 6, Kuldeep Sen kept RR’s hopes alive after Pollard was caught in the outfield. However, Daniel Sams wrapped the chase with a six and MI won the contest with four balls to spare.

Earlier, RR, who were put in to bat first, remained unchanged from their previous game.Devdutt Padikkal was on the move with three fours before the opener was dropped at backward-point in the third over. Hrithik Shokeen provided the breakthrough for Mumbai Indians after Padikkal was caught by Pollard at long-off. RR were 40-1 at the end of powerplay after Buttler added two fours.

Sanju Samson immediately got into the act with two sixes. However, the RR skipper failed to clear the ropes again after being caught at deep point as Kumar Kartikeya scalped his first wicket. RR were 73-2 at the 10-over mark as Buttler was joined by Daryl Mitchell.

The duo kept the runs ticking and added 37 runs for the next wicket.Daniel Sams put an end to the partnership after Mitchell was caught at covers. Buttler reached his half-century after hammering four sixes in a row against Shokeen but the spinner managed to dismiss the RR opener on the final delivery. Ravi Ashwin, who was the next batter in, played a valuable cameo by adding 3 fours and 1 six before the all-rounder was caught behind in the final over.