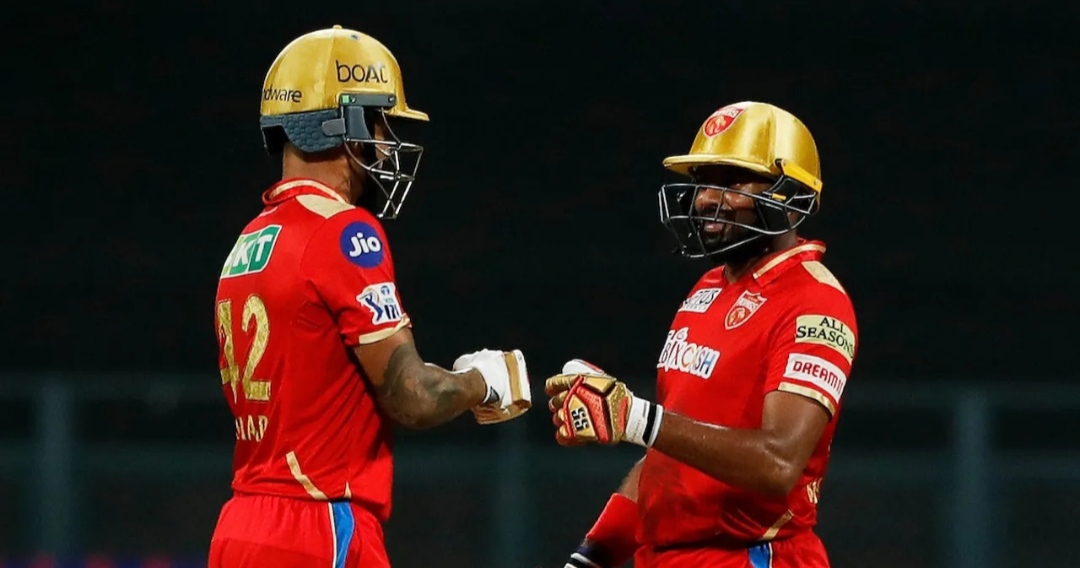 Mumbai, April 26: Punjab Kings (PBKS) bounced back in the TATA Indian Premier League (IPL) 2022 with a victory against Chennai Super Kings (CSK) by 11 runs on Monday at the Wankhede Stadium in Mumbai.

In his 200th IPL game, Shikhar Dhawan blazed with the bat and scored an unbeaten 88*(59) before PBKS clinched a 11-run victory in yet another last-over finish. Chasing a target of 188, CSK lost Robin Uthappa’s wicket early after the opener was caught inside the circle off Sandeep Sharma’s bowling. Ruturaj Gaikwad struck two fours before Arshdeep Singh knocked Mitchell Santner’s stumps as CSK were 32-2 at the end of the powerplay.

Shivam Dube was the next batter to be dismissed after the left-handed batter inside—edged the ball onto the stumps against Rishi Dhawan. The 9th over produced 13 runs after Rayudu hit a four and six each. CSK were 69-3 at the half-way mark before Rayudu added another four and six to the total. Rabada broke the partnership after Gaikwad was caught in the deep in the 13th over. Rayudu reached his half-century in the 15th over with a six and CSK required 70 off the final five.23 runs were conceded in the 16th over after Rayudu hammered three consecutive sixes followed by a four. The equation was down to 47 runs from 24 deliveries.

Rabada cleaned up the stumps of Ambati Rayudu in the 18th over to pull back the momentum. Arshdeep Singh conceded only 8 runs in the penultimate over and CSK required 27 off 6 deliveries. MS Dhoni smacked a six on the first delivery but PBKS won the game in the end by 11 runs after Dhoni was caught in the deep.

Earlier, PBKS, who were put in to bat first, made three changes – Bhanuka Rajapaksa, Sandeep Sharma and Rishi Dhawan were named in the eleven. CSK bowlers started effectively and put openers – Mayank Agarwal and Shikhar Dhawan under pressure after PBKS were 29-0 after five overs. Maheesh Theekshana provided the opening wicket for CSK in the form of the opposition skipper Mayank Agarwal, who was caught at backward point. Bhanuka Rajapaksa, the next batter, was dropped twice before adding a four and a six to take PBKS to 72-1 at the half-way mark.Dhawan creamed three fours against Mukesh Choudhary as 16 runs came from the 12th over.

The PBKS opener reached his fifty in the 14th over while Rajapaksa thumped a six down the ground. The boundaries kept flowing from the bat of Shikhar Dhawan as the hundred partnership was up for the pair. Bravo put an end to the partnership after Rajapaksa was caught by Shivam Dube in the 18th over. Liam Livingstone crunched two sixes and one four in the 19th over before the right-handed batter was dismissed in the final over by Bravo. Dhawan remained unbeaten on 88 as PBKS posted 187/4 in the first innings.