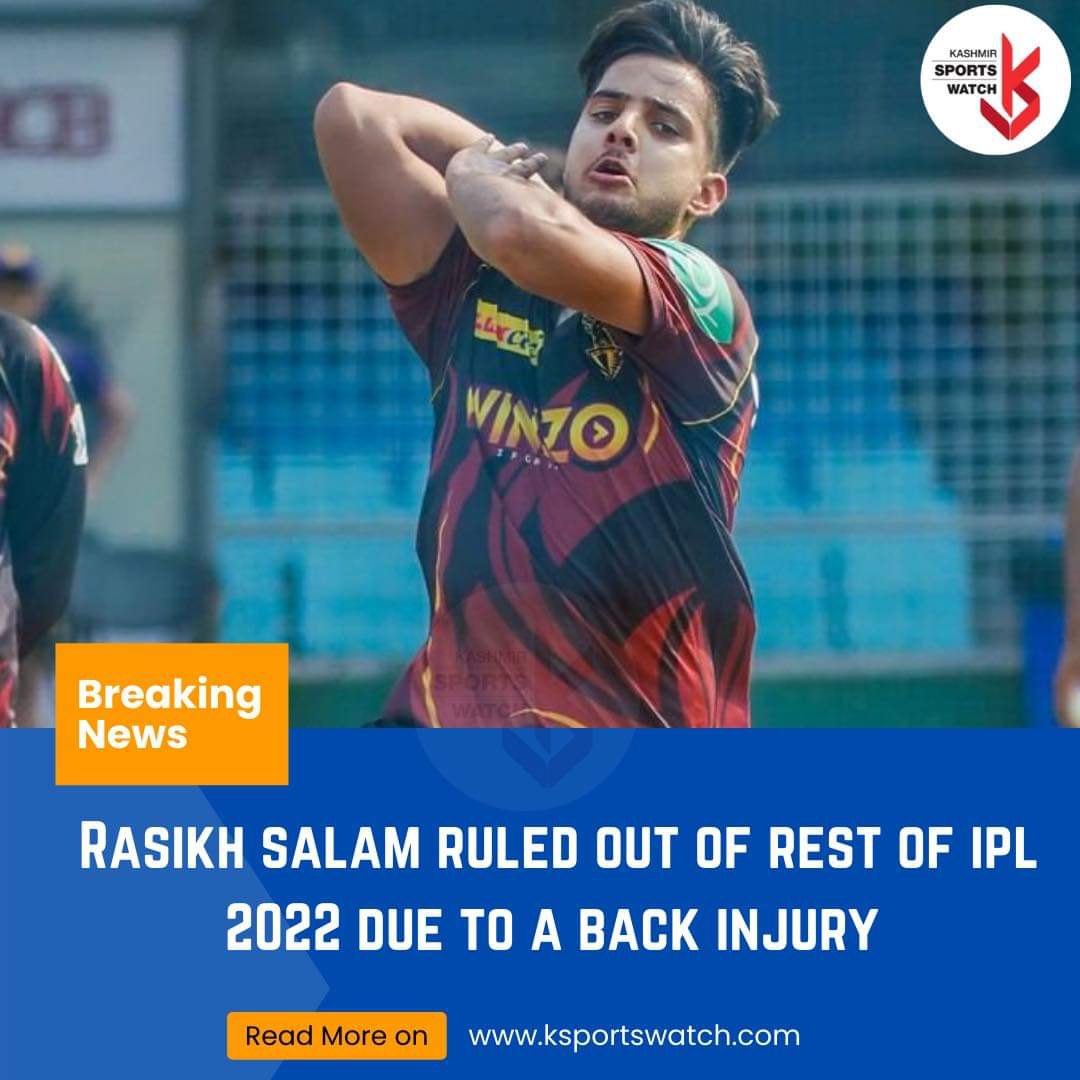 Srinagar, April 14: Kashmir star pacer Rasikh Salam has suffered another setback in his career as has been ruled out of the IPL 2022.

Rasikh Salam who played two matches for the KKR in ongoing IPL 2022 has been ruled out due to injury.

“Kolkata Knight Riders (KKR) have signed fast bowler Harshit Rana as a replacement for pacer Rasikh Salam for the rest of the TATA IPL 2022 season. Salam, who played 2 games for KKR this season, has been ruled out owing to a lower back injury and will take no further part in the tournament.His replacement, Harshit Rana, from Delhi will join KKR at his base price of INR 20 Lakh,” IPL statement said.

Meanwhile Chennai Super Kings bowler Deepak Chahar has also been ruled out of the Indian Premier League (IPL) 2022 owing to a back injury.

Delhi Capitals physio Patrick Farhart has been tested positive for COVID-19. He is being closely monitored by the DC Medical Team at the moment.