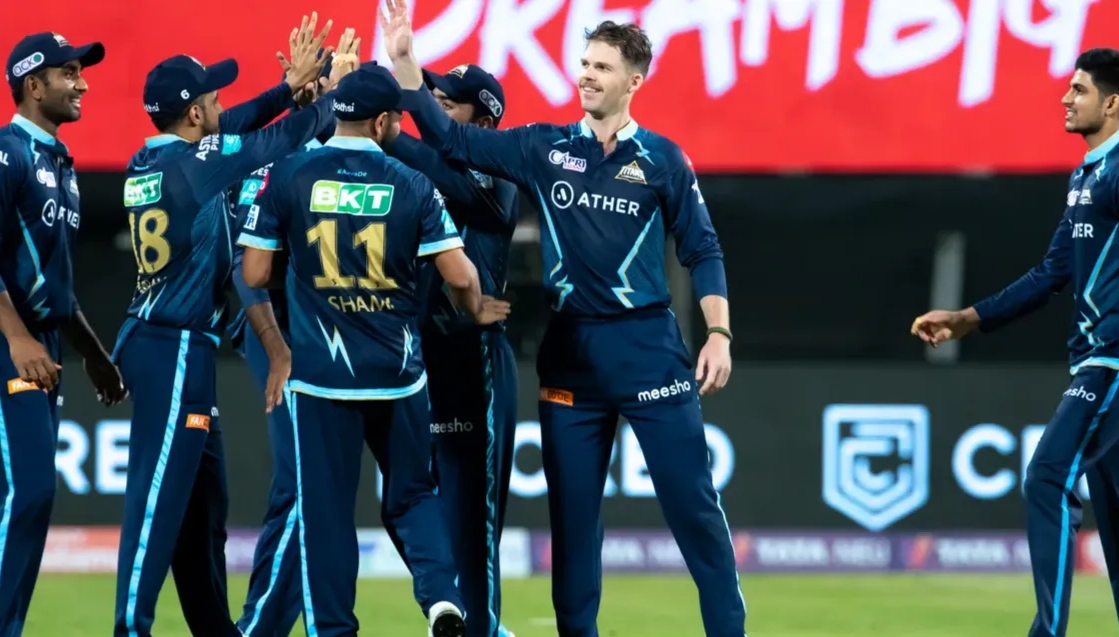 Mumbai, April 3: Gujarat Titans (GT) won their second game in a row in the TATA Indian Premier League (IPL) 2022 by beating the Delhi Capitals (DC) by 14 runs on Saturday at the Maharashtra Cricket Association Stadium in Pune.

Shubman Gill’s formidable knock of 84 guided Gujarat Titans to a powerful total of 171-6 which they successfully defended against the Delhi Capitals, courtesy of Lockie Ferguson’s four-wicket haul.Chasing a target of 172, the Delhi Capitals had a shaky start to the innings. GT skipper – Hardik Pandya led from the front to dismiss Tim Seifert in the 2nd over after the DC opener was caught near mid-wicket. Mandeep Singh, who joined Prithvi Shaw in the middle, started aggressively by scoring three fours against GT’s fierce opening bowling attack of Mohammad Shami and Hardik Pandya.

Lockie Ferguson struck immediately after being introduced to bowl and managed to pick two wickets in an over. While Prithvi Shaw was caught by Vijay Shankar at deep square leg, Mandeep Singh was caught behind for 18. Lalit Yadav, who came in next to bat, started confidently by creaming two boundaries against Shami as DC ended the powerplay at 43-3. DC skipper Rishabh Pant hit consecutive fours against Ferguson, who was bowling with rapid pace.

Lalit Yadav swept Rashid Khan for a maximum and DC were 79-3 after the end of 10 overs, with a promising partnership in the works.Pant smashed two fours against Vijay Shankar but GT managed to break the dangerous partnership after Lalit Yadav was run out for 25. Rovman Powell announced his entry to the crease with a six in the 14th over. Ferguson, on the other hand, hauled GT back into the game by scalping the wickets of DC skipper, who was out for 43, and Axar Patel, who was also dismissed in the same over.Rashid Khan picked his first wicket of the game and DC required 30 off the final three overs. Shami struck twice on consecutive deliveries to dismiss the dangerous Powell and Khaleel Ahmed in the 18th over. GT wrapped up the innings and successfully defended the total, with DC requiring 24 off the final over.

Earlier, the Gujarat Titans, who were put in to bat first, remained unchanged from the previous game. GT lost an early wicket in the form of Mathew Wade, who was caught behind in the first over, off Mustafizur’s bowling. Opener Shubman Gill was joined by Vijay Shankar at the crease. Gill smacked the first maximum of the innings in the 5th over, as GT were placed at 44-1 at the end of the powerplay. Kuldeep Yadav, who was introduced into the attack, struck immediately as Vijay Shankar dragged the delivery into the stumps.

GT skipper Hardik Pandya joined Shubman Gill out in the middle. Pandya was off the mark with a four as he joined Gill in forming a crucial partnership for the third wicket.At the end of ten overs, GT were placed at 66-2 with both Gill and Pandya deciding to switch gears. Hardik Pandya creamed three fours while Shubman Gill on the other end reached his 11th IPL half-century, followed by two more fours against Khaleel Ahmed.

However, the left-arm pacer bounced back by dismissing the GT skipper – Pandya, who was caught at long-on by Powell. Gill did not let the momentum shift away as he continued to attack the DC bowlers.

The GT opener clubbed Kuldeep Yadav for a four and a six in the 15th over. The flow of runs continued after Gill added two more sixes to the total to reach his career best IPL score. At the end of 17 overs, GT were 145-3 before Khaleel Ahmed brought an end to Gill’s fine knock of 84 off just 46 deliveries as the right-handed batter was caught by Axar Patel. Rahul Tewatia and David Miller scored a boundary each against Khaleel Ahmed in the 18th over. Tewatia launched a maximum over deep square leg in the next over but was dismissed in the final over of the innings after he was caught by Shardul Thakur.

GT ended their first innings with a total of 171/6 after Mustafizur scalped his third wicket when Abhinav Manohar was caught near extra cover.