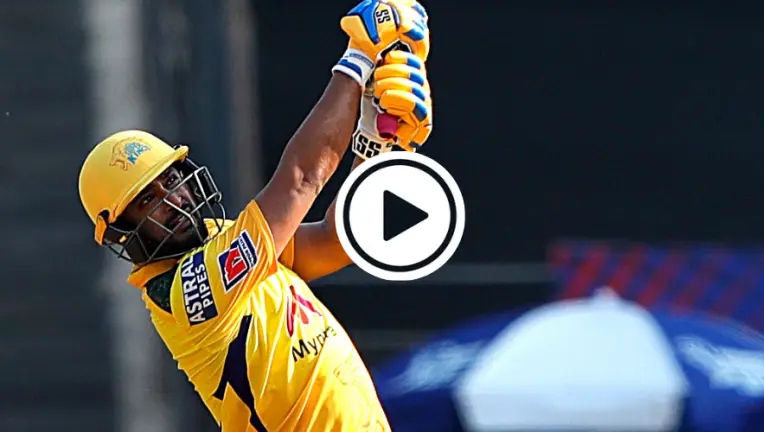 Ambati Rayudu hit a massive six against Kyle Jamieson , depositing the ball on the roof of the Wankhede Stadium.

The experienced batsman wasnt able to register a big score , but played his part with a seven-ball 14 in the middle overs. Rayudu slapped two boundaries in his cameo, with the big shot played against the pace of Jamieson.

The New Zealand bowler had a difficult day in the office, leaking 31 runs in three wicketless overs. The gigantic six from Rayudu came in the 16th over, where he and Ravindra Jadeja smashed Jamieson for 16 runs.

Rayudu stepped out of crease on the final ball of the over, slamming the ball over long-on to deposit it on the roof leaving every one in awe of the monster hit. (With Inputs and Link from Wisden Cricket)