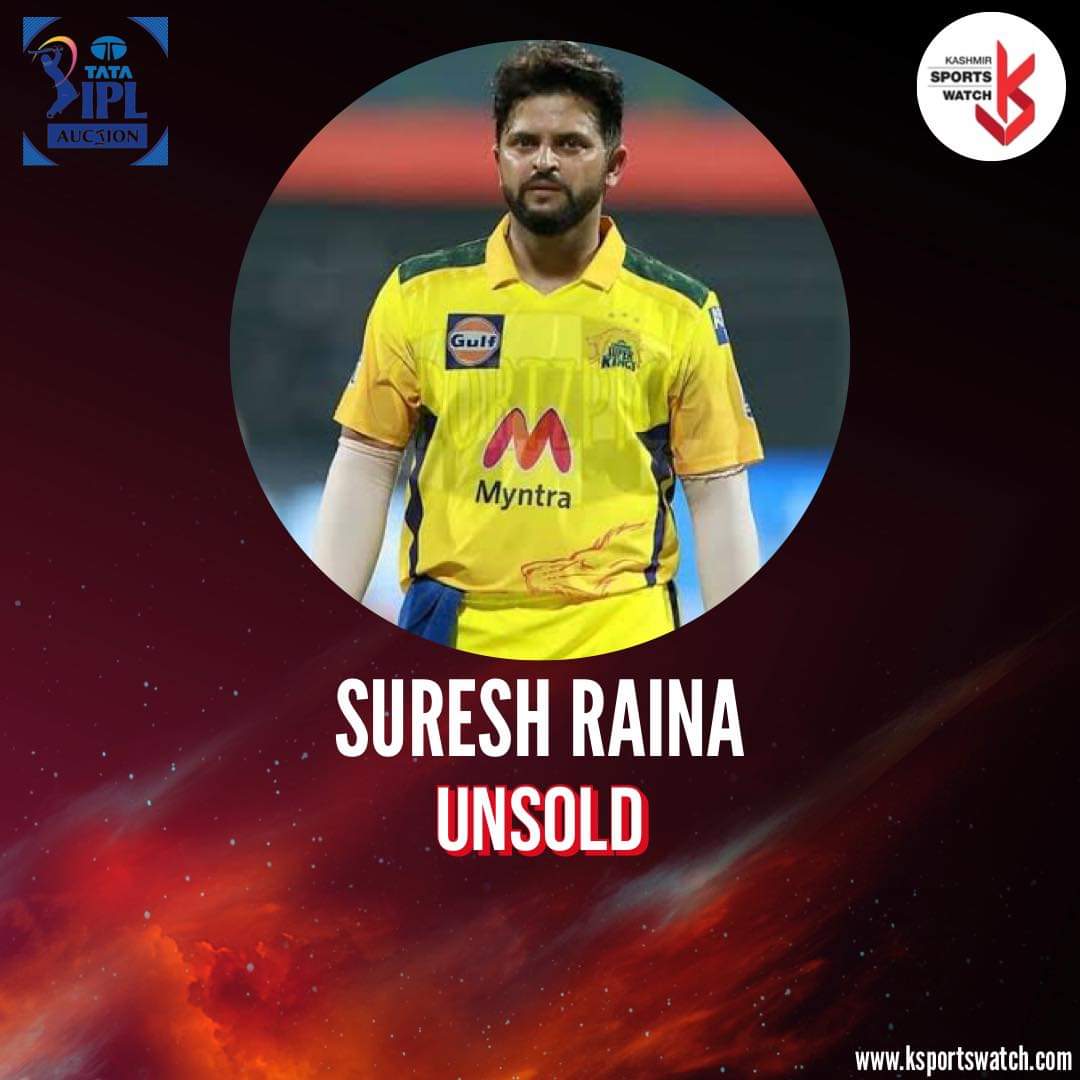 Srinagar, Febuary 14: A day after shocking move by franchisees to not buy former India Cricketer , known as Mr IPL Suresh Raina during IPL Auction 2022, Chennai Super Kings have revealed the reason for going for the veteran batsman.

Chennai Super Kings CEO Kasi Viswanath on Monday revealed what were the reasons behind CSK not going for Raina.

“Raina has been one of the most consistent performers for CSK for the last 12 years. Of course, it was very difficult for us, no to have Raina but at the same time, you should also understand that the team composition depends on the form and kind of team which any team would like to have so that’s one of the reasons why we thought he may not fit into this team,” Kasi said in a video shared by CSK on their YouTube channel.

CSK also did not bid for Faf du Plessis, who was roped in by Royal Challengers Bangalore on Day 1 of the auction.

“We will miss him, we will miss Faf who has been with us for the last decade, that’s the process and dynamics of the auction,” he added.

With 5528 runs in 205 matches, Raina is the fourth-highest run-getter in IPL history. 4687 of those runs were scored for Chennai in his 11 years of participation for the franchise, making him CSK top run-scorer ahead of captain MS Dhoni.