Srinagar, May 1: Call it perfect way or a classic way of trolling your opponent , Punjab Kings social handle on Friday found perfect picture to sum up Punjab Kings victory over Royal Challengers Bangalore (RCB) in the match of Indian Premier League (IPL).

After the match was over, Punjab Kings Twitter handle posted a photograph of its star batsman Chris Gayle and RCB spinner Yuzvendra Chahal, both chest-naked, displaying their contrasting physique.

While Chahal is seen with a glinting smile, on his thin, slim body, Chirs Gayle is showing off his brawny muscles, tight abs, and broad chest, iced with a beaming smile after Punjab’s victory.

The post said that the contrasting image of the two players’ physical attire encapsulated the game where the KL Rahul-led outfit dominated most part of it.

Chris Gayle, a former member of the RCB side, may have moved to Punjab, but still shares a great camaraderie with his former teammates and had often been seen having fun with Chahal and Virat Kohli as well whenever they face off. 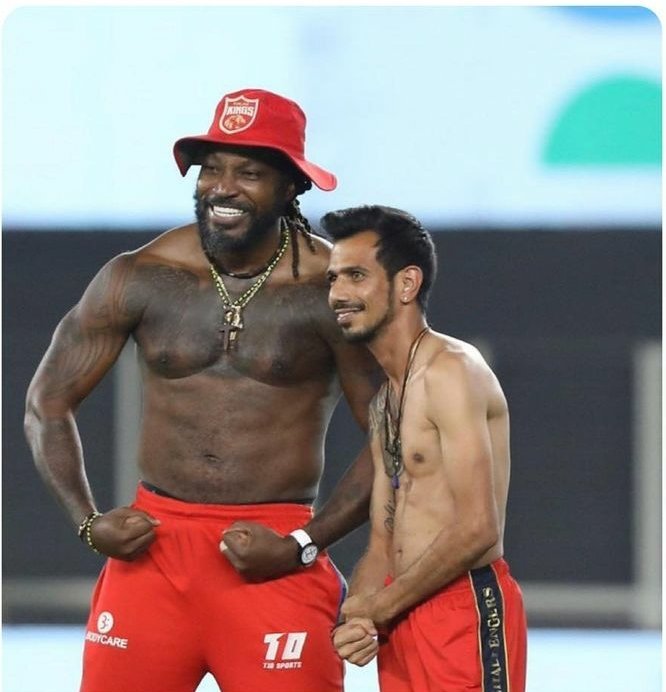