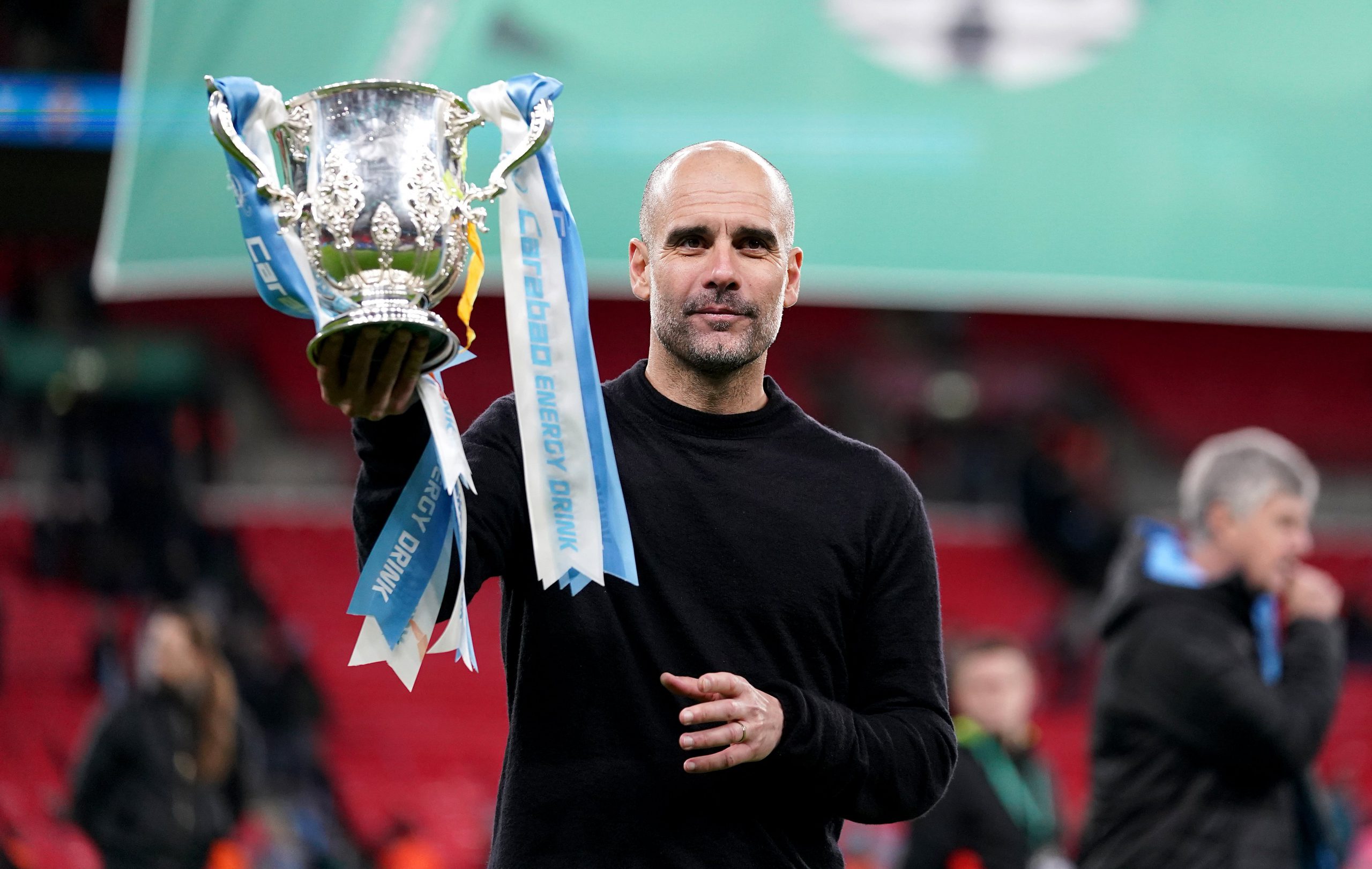 In the final, Manchester City defeated Tottenham Hotspur by 1-0 goals at Wembley to win thier overall 8th Corabao Cup.

It was also 25th coaching career major trophy for Pep Guardiola but the Spaniard has downplayed his individual achievement saying being at big clubs has helped him.

Before Manchester City, Pep has managed Barcelona and Bayern Munich, winning number of trophies with those clubs as well.

“It’s good. I was in big clubs: Barcelona, Bayern Munich, here. That’s why it’s easier to do,” Guardiola told Sky Sports after being asked about his growing list of managerial accomplishments.

Guardiola also spoke about supporters being allowed at Wembley in a limited capacity – the first time his side have played in front of fans for months.

“It’s not full [in the stadium] but it was a great noise [from the supporters],” he added.

“Today we are incredibly happy that we have four in a row in this competition. We tried to win the game, created a lot of chances.

“They had some chances on the counter but in general we had a good game.”

Guardiola became the first manager to win the League Cup in four consecutive seasons on Sunday, while no manager has lifted the trophy more times than the Spaniard (four – level with Brian Clough, Sir Alex Ferguson and Jose Mourinho).

There will almost certainly be one more trophy added this season and potentially two, as City close in on the Premier League title with a 10-point lead over second-place Manchester United.

Should City win the Premier League, it would be Guardiola’s third English league title to go along with three each from Spain and Germany.

City are also chasing their first Champions League crown as they face PSG in their semi-final first leg on Wednesday.

Guardiola has won the Champions League twice but not since he did so with Barcelona 10 years ago. (With Inputs from Goal.com )