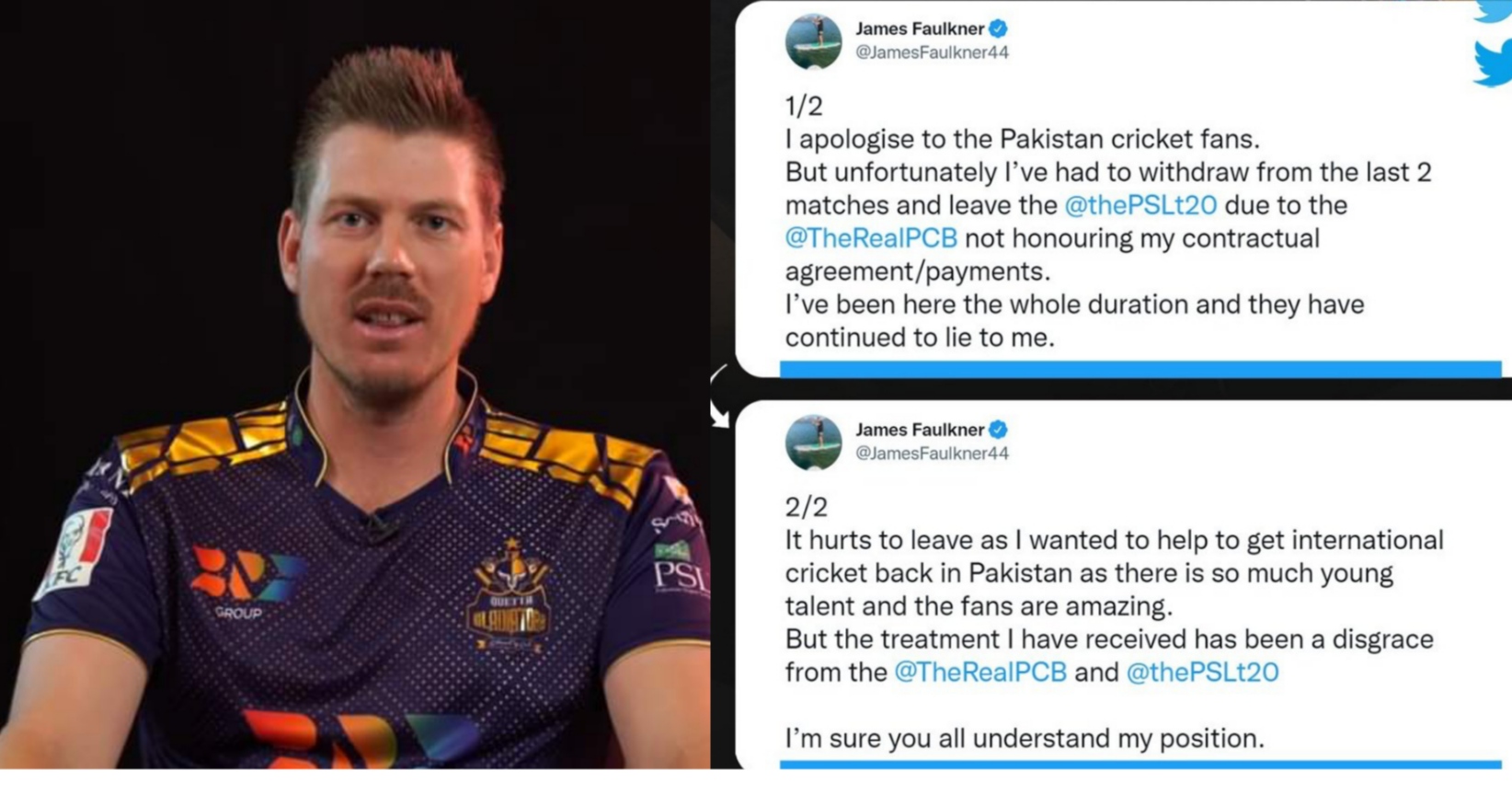 James Faulkner, in his Tweets, said that the treatment he received from the PCB was a disgrace.

“I apologise to the Pakistan cricket fans. But unfortunately I’ve had to withdraw from the last 2 matches and leave the PSL due to the PCB not honouring my contractual agreement/payments. I’ve been here the whole duration and they have continued to lie to me,” he tweeted.

“It hurts to leave as I wanted to help to get international cricket back in Pakistan as there is so much young talent and the fans are amazing.
But the treatment I have received has been a disgrace from the @TheRealPCB and @thePSLt20 .I’m sure you all understand my position,” He said in another Tweet.

Meanwhile, PCB and Quetta Gladiators have regretfully taken note of Faulkner’s false and misleading accusations and will shortly be releasing a detailed statement on the matter.