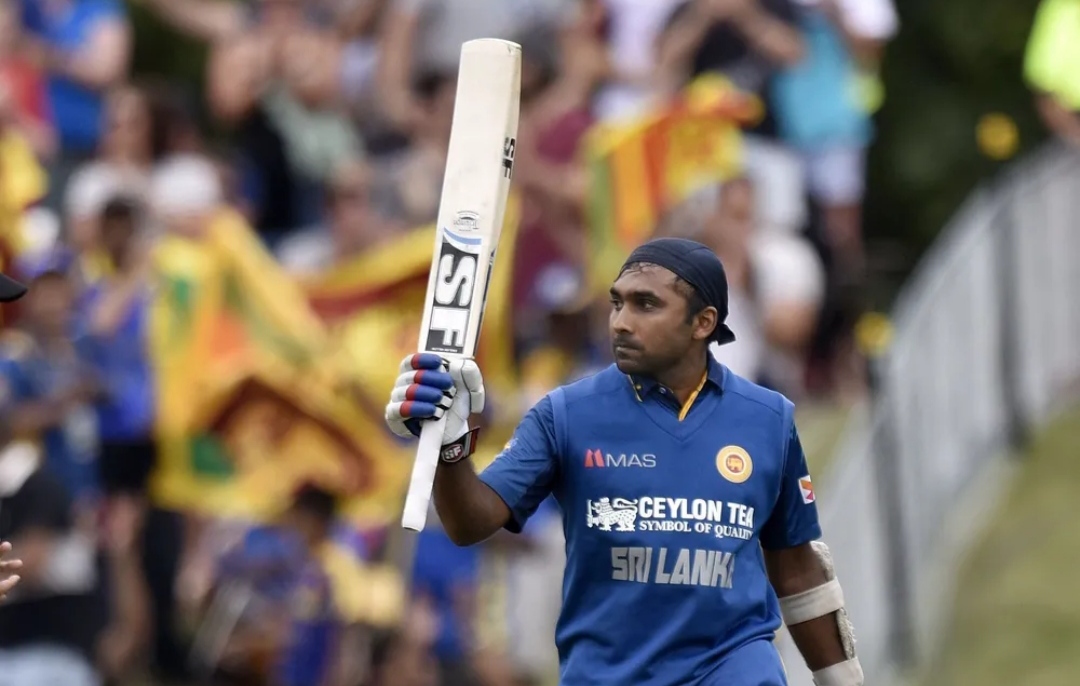 Dubai, November 13: Ahead of the ICC Men’s T20 World Cup 2021 Final, Janette Brittin, Mahela Jayawardena and Shaun Pollock were announced as the newest inductees into the prestigious ICC Cricket Hall of Fame. These legends will be formally inducted by fellow ICC Hall of Famer, Sir Clive Lloyd at the much-anticipated final between New Zealand and Australia on Sunday 14 November before the game gets underway at the Dubai International Stadium.

The ICC Cricket Hall of Fame recognises the achievements of the legends of the game from cricket’s long and illustrious history. 106 players have been inducted since its launch in 2009, with Brittin, Jayawardena and Pollock as the latest inductees celebrated.

Today’s inductees played in 284 Tests, 814 ODIs and 67 T20 Internationals between them. Janet Brittin was a mainstay of the England Test team for 19 years, helping to pave the way for women’s cricket between 1979 and 1998.

Mahela Jayawardena retired as one of Sri Lanka’s greatest ever players, a key member of the team that won the ICC Men’s T20 World Cup in 2014 and reached four other major ICC finals.

Whilst South Africa’s Shaun Pollock was one of the finest bowling all-rounders the game has ever seen and was the first player to achieve the 3,000 run and 300 wicket doubles in both Test and ODI cricket.

ICC Acting CEO Geoff Allardice said: “The ICC Cricket Hall of Fame is our way of honouring and celebrating the greats of our game. Only the very best players are recognized for their contribution to cricket in this way. I would like to congratulate Mahela and Shaun on their induction into this illustrious group and it is a wonderful way to commemorate Janette’s life and career.”

Reacting to the news of Brittin’s induction, Angela Bainbridge, friend of Janette Brittin said: “I would like to extend my thanks to the ICC for the incredible honour they have bestowed on Jan by inaugurating her into the Hall of Fame. I along with Jan’s parents Maggie and Kevin are incredibly proud of her and her achievements and this award recognises both the player and the person that she was. You could not wish to meet a more humble or talented player and she always gave 100% whether she played for club, county, or country.”

“Jan truly was a wonderful player and a fantastic role model for those that followed her. She would have loved to play in the professional forum that the girls enjoy today and would be proud of how they have all moved the game forward. It is sad that Jan is not able to collect this trophy herself, but her memory will live on.”

Mahela Jayawardena commented: “I am thrilled to have been inducted into the ICC Hall of Fame. It’s a very special honour to follow in the footsteps of legends Sanga and Murali from Sri Lanka and so many other great cricketers of the past.

“I am very grateful for the recognition and would like to enjoy and share the moment with all those that have helped me on my journey, including my family, friends, coaches, team-mates and, most importantly, Sri Lanka cricket fans who passionately supported and inspired me during my career.”

Shaun Pollock said: “I would like to thank the ICC for this recognition of my career. It’s an amazing honour to be included in the Hall of Fame alongside the very illustrious company that has already been inducted. It’s a real cherry on the top or maybe even a book end of what has been a thoroughly enjoyable cricketing experience and I’d like to thank my teammates who played such a massive part along the journey.”

Some career highlights of the latest inductees:

One of England’s most-successful batters with a Test career spanning 19 years
Made her Test debut against West Indies in 1979, aged 19
Scored maiden ODI century against an International XI in New Zealand in 1982
Top-scored with 46 not out in the 1988 World Cup final, a defeat to Australia at the MCG
Won World Cup in 1992, top-scoring again and taking the winning catch
In 27 Test matches, she averaged 49.61 for her record 1935 runs and scored five hundreds
In 63 ODIs, scored 2121 runs with an average of 42.42
ODI career included five centuries and a highest score of 138 not out in 1982
After her playing days, Brittin taught at Danes Hill school in Oxshott, Surrey
She kept up her associations with cricket and in particular with Surrey, where she coached younger players
She was awarded an MBE in 1999 but died in 2017 at the age of just 58.

The first player to achieve the 3,000 run / 300 wicket double in both Test and ODI cricket
Remains South Africa’s leading wicket-taker in all international cricket
Took 5-32 against England at Cape Town in his first Test series and followed up with the double of 66 not out and 4-34 in his first ODI
In 108 Tests, scored 3,781 runs at an average of 32.31, and took 421 wickets
Played in 303 ODIs, scoring 3,519 runs at 26.45 and took 393 wickets
Scored 86 runs in 12 T20Is, taking 15 wickets.
Spent more than five years as the top ranked ODI bowler in the ICC’s rankings
As captain, led South Africa to their first Test series victory in the Caribbean