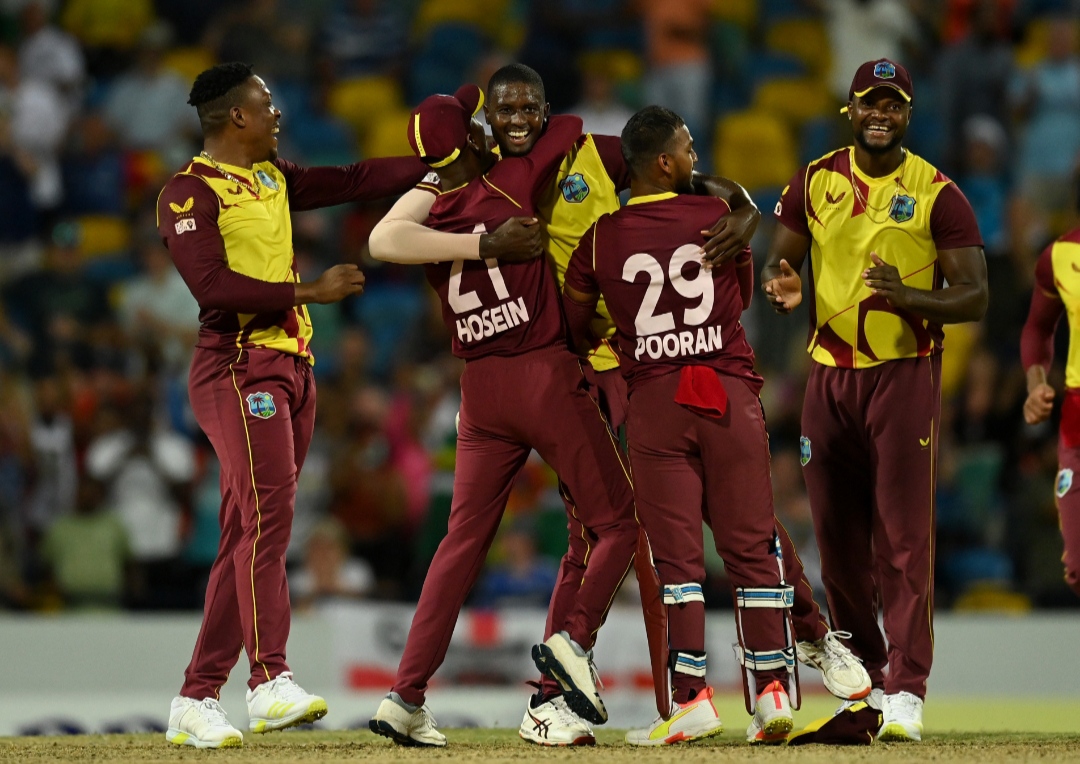 Holder joined Rashid Khan, Curtis Campher and Lasith Malinga as the only male bowlers to achieve the feat of four-in-four at T20I level, preventing late England exploits in a 17-run win.

The West Indies innings started positively thanks to openers Brandon King (34) and Kyle Mayers (31), who ensured that the hosts took full advantage of the Powerplay overs.

England pulled things back in their favour as their spin duo of Adil Rashid and Liam Livingstone picked up both the openers in quick succession.

The England spinners continued to control the scoring rate as they finished their spells with two wickets each and with an economy of less than six runs per over.

It took a while for the West Indies batters to accelerate but with the fall of Nicholas Pooran’s wicket (21), captain Kieron Pollard and Rovman Powell took on the England bowlers, finishing the innings at 179/4 thanks with a very quick 74-run partnership between the big-hitting duo.

England’s chase started poorly with Jason Roy (9) falling in the first over of their reply.

While the visitors kept abreast with the required run-rate, they kept losing wickets at regular intervals with Tom Banton (16), Moeen Ali (14) and Liam Livingstone (6) all falling cheaply.

James Vince made a valiant 55 off 35 balls before being dismissed by Akeal Hosein, who finished with brilliant figures of 4-0-30-4.

The England chase seemed to have lost steam after Vince’s wicket. Sam Billings gave them some hope with a quick-fire 41 off 28 balls.

But it was the Jason Holder Show to end the innings as the Windies all-rounder picked four wickets in four balls in the final over to complete a five-wicket haul.

He becomes the first West Indian male player to take a T20I hat-trick.