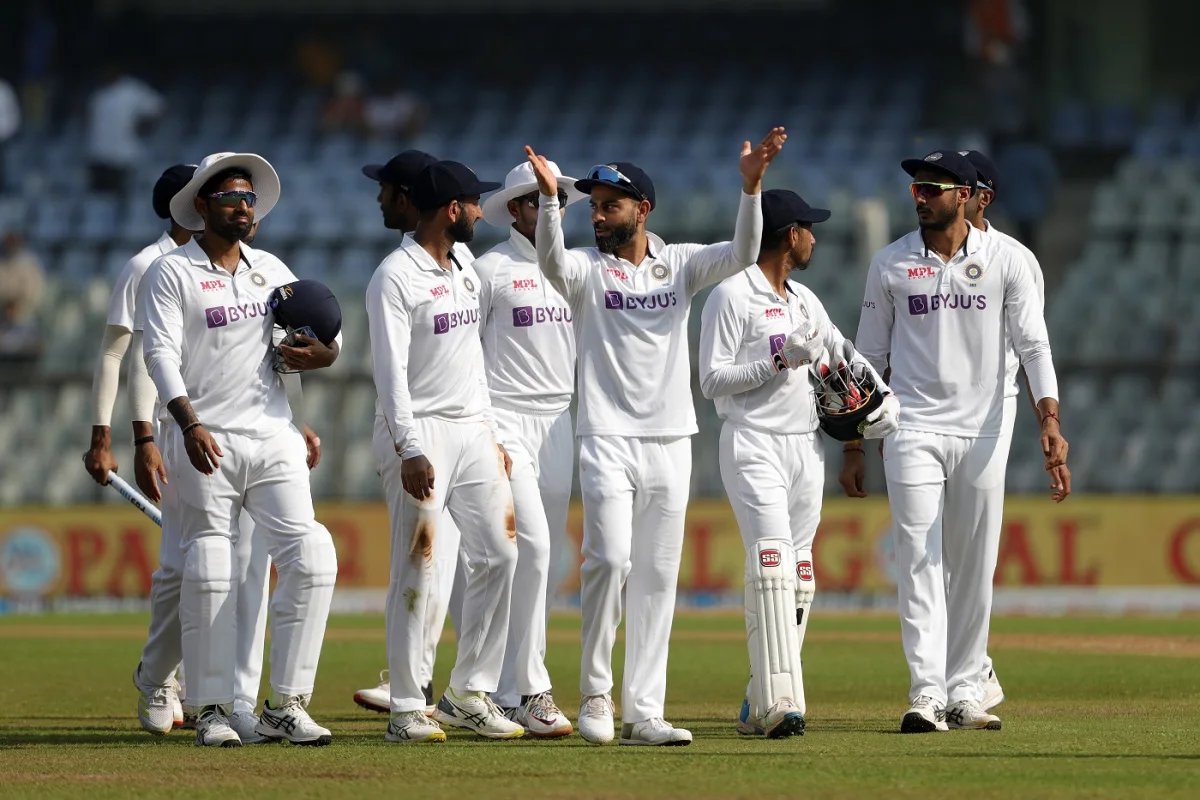 Mumbai, December 6: India completed a massive 372-run victory against New Zealand within the first hour of the fourth morning to win the two-match Test series 1-0.

The victory gave India 12 ICC World Test Championship points for the ongoing cycle, leaving them at No.3 on the standings table with total 42 points and a points percentage of 58.33. New Zealand were at No.6, with a PCT of 16.66.

Resuming the day at a tentative 140/5, after R Ashwin had dismantled the top order on the third evening, New Zealand needed Henry Nicholls and Rachin Ravindra to get stuck in and build a partnership. Unfortunately for the visitors, Jayant Yadav wasn’t accommodating.

Yadav returned 4 for 49, with all his wickets coming in the morning. Ravindra did pick him for a few boundaries, employing the sweep to good effect, but Yadav hit back, drawing Ravindra forward and inducing the edge to second slip.

In his next over, Jayant snared both Kyle Jamieson and Tim Southee. He first had Jamieson trapped in front with one that turned sharply into him, and two balls later, tempted Southee into stepping out, and cleaned him up.

In his next over, Jayant took his fourth, Will Somerville popping a catch to short leg, where Mayank Agarwal did well to hold on despite a juggle.

Ashwin completed his own four-wicket haul in the next over, tempting Nicholls to come down the track, before deceiving him with spin – Wriddhiman Saha completed an excellent stumping, and the victory was sealed.