Srinagar, April 3: J&K Bank FC has booked its place in the final of the ongoing 28th Annual Football Championship by winning its semifinal against Heroes FC Jammu at Synthetic Turf TRC on Saturday.

The match started with Bank scoring an easy goal in the 3rd minute of the match. Akif was the scorer.

J&K Bank players tried hard to increase the margin but failed and at the half time score was 1-0.

In  the 89th minute of the game, J&K Bank doubled the lead, thus sealing the fate of the match.

Parvinder Kalsi of Heroes FC Jammu was awarded a cash prize for best performance as a custodian.

J&K Bank is now going to take on Real Kashmir FC in the final of the championship, scheduled to be played on April 8.

Nazir Ahmad, HOR Referees, Roshan Khayal,  EX-DGM J&K Bank and Irshad Ahmad, owner of Kashmir Avengers FC were the guests on the occasion and interacted with the players. 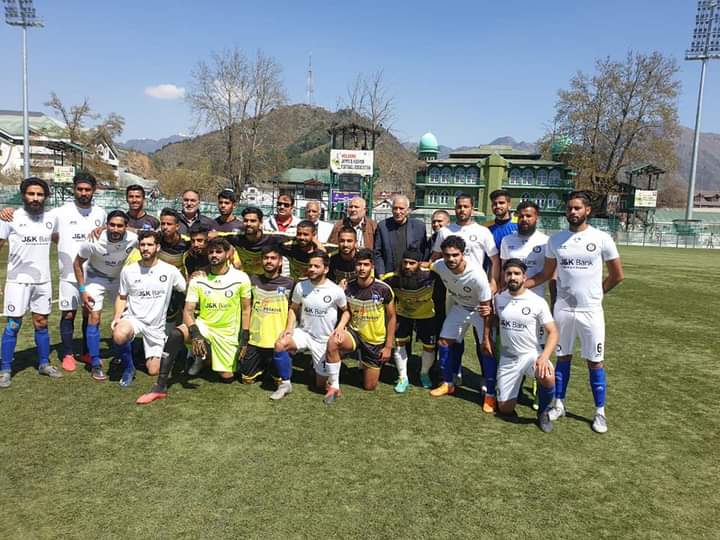