Srinagar, April 9: J&K Bank Football Club on Thursday , April 8 evening lifted the 28th Annual football championship title by defeating, Real Kashmir FC Reserves in the final played at Synthetic Turf TRC ground Srinagar.
The match turned out as neck to battle between the sides and both teams failed to break the deadlock in first half. At Halftime score was 0-0.

In the second half, J&K Bank were able to score goal and earn 1-0 lead . They were able to score second as well but that was disallowed .Real Kashmir FC tried its best to score equaliser but failed to find back of the net.
In the end J&K Bank emerged out as winner by 1-0 and lifted the title.
Chairmain J&K Bank, RK Chibber and Secretary Sports Council were guests on the occasion and distributed prizes among the winners. Among others present on the occasion were J&K Football Association President ZA Thakur, DFA President Fayaz Sofi, JKFA General Secretary Professor Bashir, Former International footballer Abdul Majeed Kakroo.

The tournament had started last month, first in Jammu and followed by matches in Kashmir province. In the tournaments teams from all districts of J&K participated. Top two teams from both the provinces qualified for the semifinals. From Kashmir, J&K Bank and Real Kashmir FC had qualified for semifinals while as from Jammu province, Heroes FC Jammu and J&K Police had qualified. In semifinals, J&K Bank beat Heroes FC while as in another Real Kashmir had defeated J&K Police. 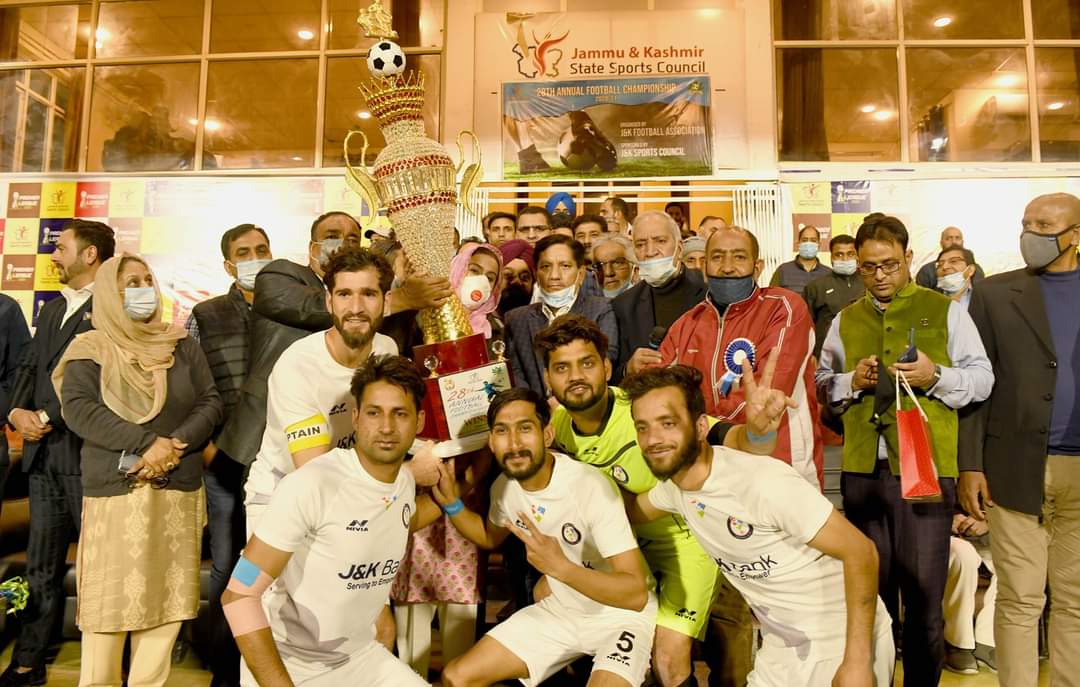