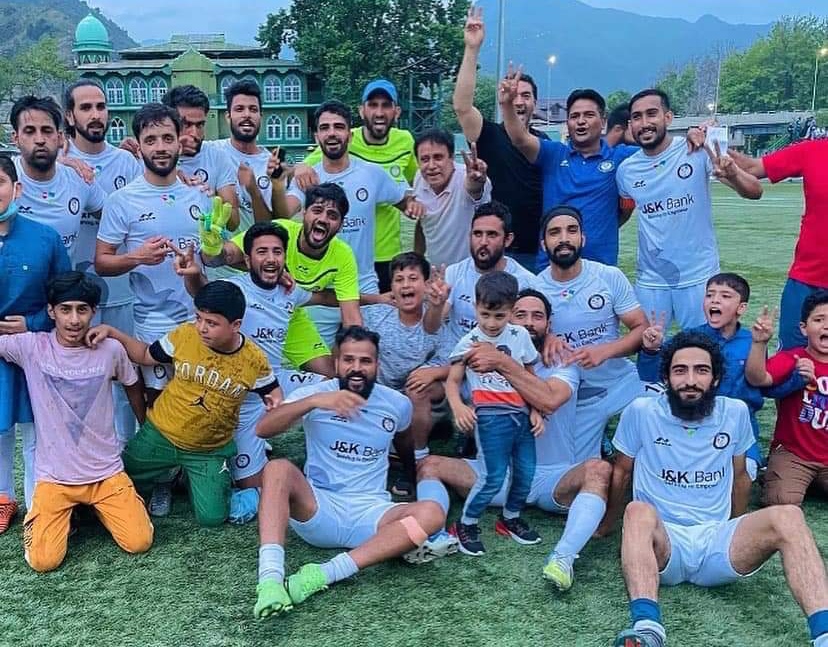 Initially Bank FC and other two teams in the league were taking part for mere formality as only other five teams were in contention for second division I-League participation.

However sources now have told Kashmir Sports Watch that , Bank FC after securing the the top spot is also preparing for participation in I-League.

“It is true that Bank FC was not in contention for qualification but now things have changed. The team was waiting for conclusion of Professional League and now after securing top spot and being number one team they are looking themselves to participate in I-League,” source said.

The sources further said that Bank FC has completed all the formalities needed for Second Division I-League participation .

“J&K Bank FC has almost completed all formalities needed for participation in second division I-League. They now just are waiting for approval from Chairmain. Once that is also done , they will go for I-League. It means we may now see top football side of J&K, playing in I-League. Also by finishing at top , no one can question their qualification,” source added.

Meanwhile it will be shock for teams like Hyderya Sports FC and Downtown Heroes FC to see J&K Bank FC going for I-League.

With crucial match set to be played between Hyderya and Downtown today, the contest may turn out as meaningless affair if J&K Bank FC really go for the second division I-League.

While JKFA has to nominate two teams from J&K, AIFF has to chose only one. In that respect if J&K Bank goes for the second division I-League, either of the Hyderya Sports or Downtown Heroes will be second number side and are likely going to miss qualification spot.