Secretary was introduced to the players and she interacted with them. She patiently heard the difficulties faced by the Young budding players. She assured them that she will look into the genuine demands of the Sports persons and gave instructions to her staff for speedy implementation of the directions she passed on spot to improve the conditions of grounds, & other allied facilities to Sports persons at GGM Sc.College .

She laid stress on providing best possible infrastructural facilities to the Youth of the UT so that they excel in the field of Sports.

All the Memebers of JKFA were present on the occasion.
The Kashmir Chapter of 28th Annual Football Championship 2020-21 kick started at Sports Stadium Anantnag Saturday.

The inaugural match of the Championship was played between DFA Shopian XI and DFA Pulwama XI. In an exciting match DFA Pulwama defeated DFA Shopian by four goals to one. Shri Maqsood Ahmad Khan of JKSC was the Chief Guest & Bashir Ahmad was the Guest of honour. The teams were introduced to the Guests. A large number of spectators witnessed the match. 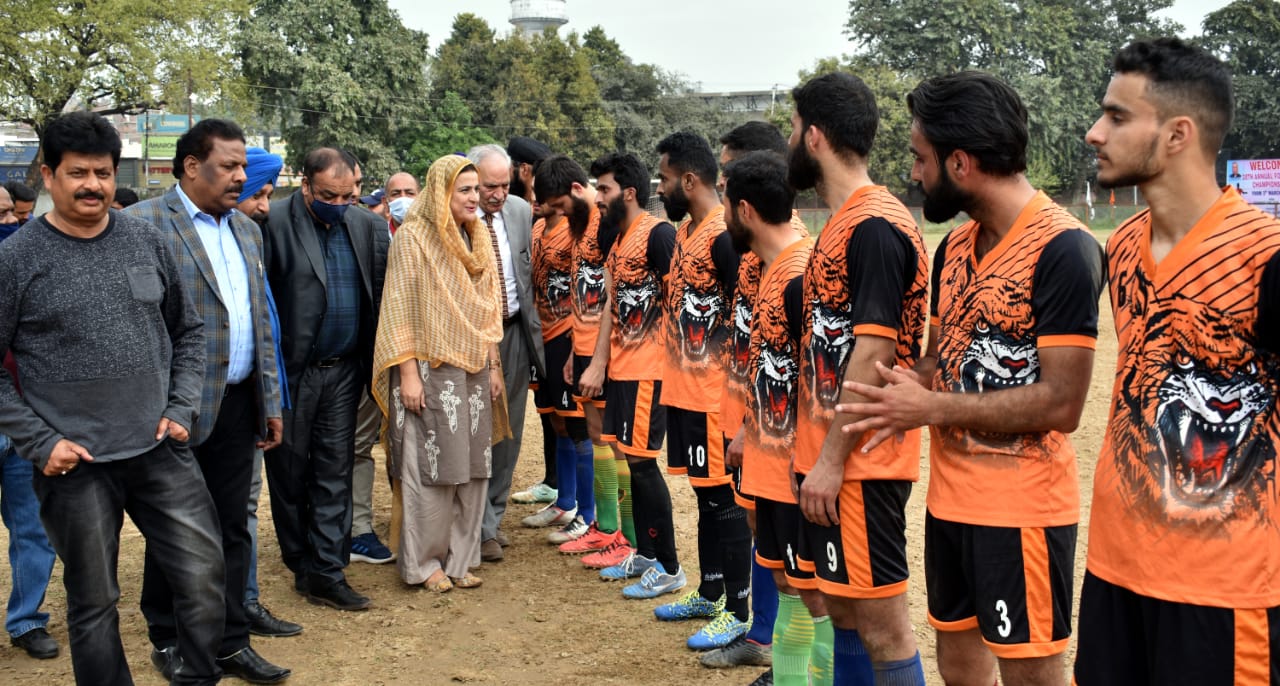