In the championship, J&K male and female teams shined in almost all the events and came out by winning 12 medals including two gold medals.

In the senior mixed category, J&K emerged out as overall winners while as Maharashtra bagged runner-up place.
In the championship 21 teams from all over Country participated. J&K had fielded contingent of 49 players.

The championship was organised by Indian Kayaking and Canoeing Association and the National governing body termed J&K’s progress as terrific.

“Everyone hailed the progress , J&K is making in the sport. It was not small event but a major event with 21 state, union territories competing against eachother. Our young team bagged 12 medals ans that is not a small feat,” said J&K team official.
The official said that this year , J&K had fielded almost new faces in the championship with eye on future.

“With eye on future , the J&K contingent comprised mostly of youngsters this time. Despite being new, they did not disappoint and came out with flying colours. They justified the faith put in them and now we can say that in coming time they will win many more medals for J&K,” official added. 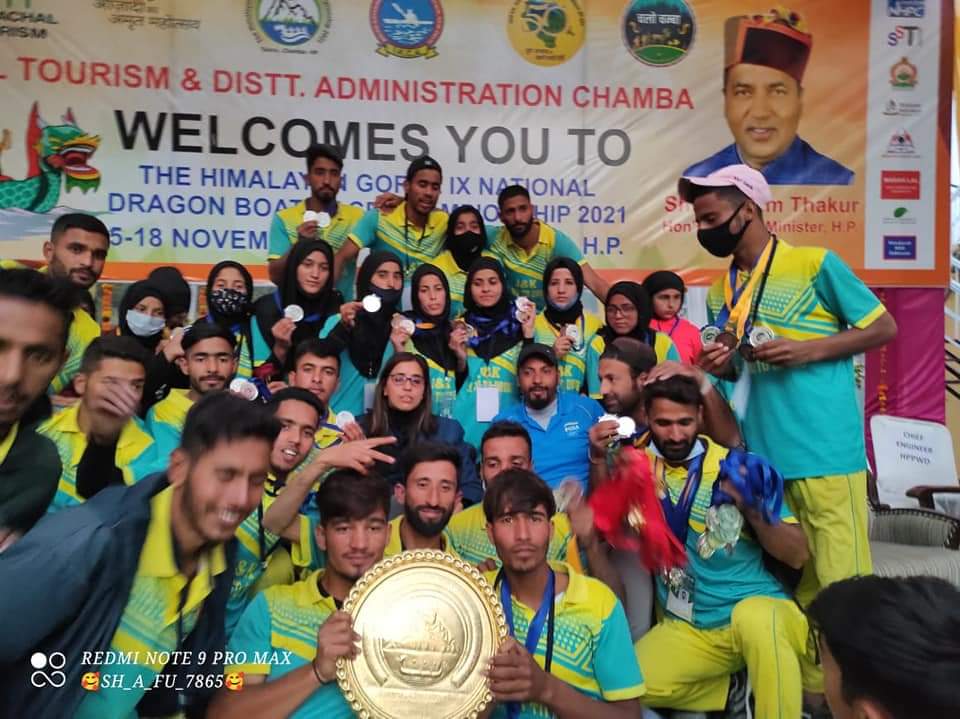