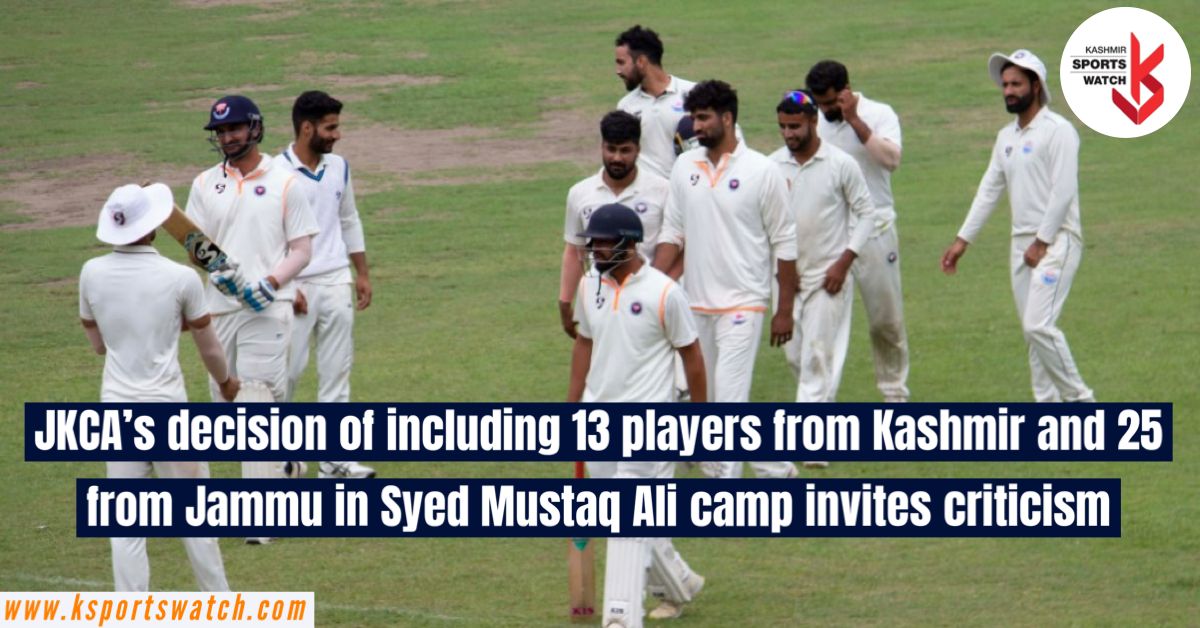 Several former cricketers have called it ‘injustice’ by JKCA with Kashmir cricketers.

“Don’t our players even deserve a fair chance in trials? This association seems to be way too biased towards the Jammu region. It is injustice with Kashmir players,” a former player wishing not to be named said.

“While without a doubt Jammu and Kashmir should be treated as a single team and not divided into regions but then the selection should be on merit,” he added.

From the very begining, various teams of Jammu and Kashmir were picked with equal representation from both the regions but lately, especially during the current adminstration’s tenure, one region has been getting more representation in both the player and support staff contingents.

“Last year also most of the team from U-19 to seniors were dominated by Jammu-based players. I am not against Jammu players or something; they are our players too but when you don’t provide even a chance in trials to Kashmir players, wouldn’t we feel left out?,” he added.

Kashmir Sports Watch tried to reach JKCA senior selectors for their comment on the issue but none of them responded despite several calls.

We also wrote a mail to the JKCA sub-committee with all the questions regarding the selection but we didn’t get any response either. If and when they respond, the story will be updated.

The camp for Syed Mushtaq Ali Trophy is currently on at Sher-e-Kashmir Stadium, Srinagar and as per a notice by JKCA, the trial matches would be held from September 22 to 29th. Then the players would be moved to Jammu for practice before leaving for Mohali for the participation in the tournament.