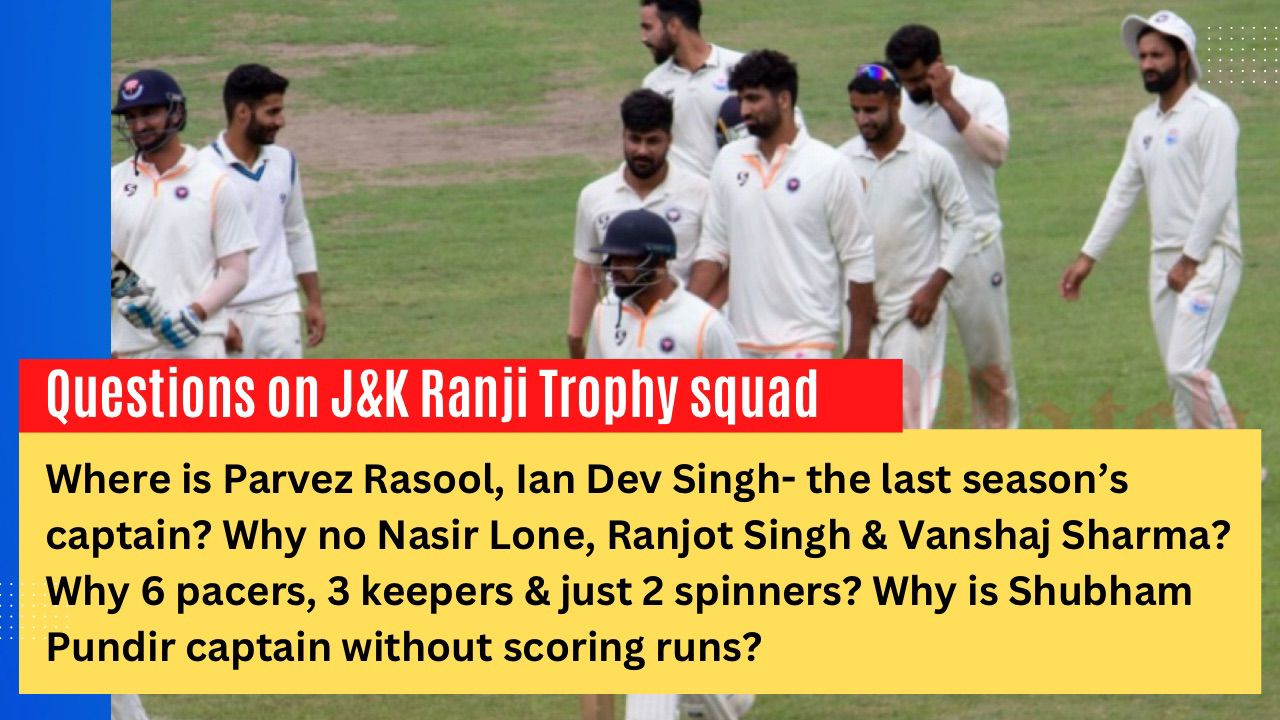 The cricket body on Sunday announced a 16-member squad for the first match of the Ranji Trophy against Madhya Pradesh, which starts tomorrow in Jammu. The major highlight of the squad was the absence of Parvez Rasool, who has been J&K’s top performer in the tournament for years.

Parvez is usually an automatic pick but he was surprisingly missing from the squad. Cricket fans were left stunned with everyone asking “where is Parvez Rasool”! The all-rounder was J&K’s highest wicket-taker in the last Ranji Trophy!

Similarly, another senior campaigner Ian Dev Singh, who was the captain of J&K in the last season of the Ranji Trophy, has also been completely left out of the team. While the reason for his exclusion could be that he had not participated in JKCA’s domestic tourneys, however, he recently took a jibe at the association in a tweet, leaving room for speculation.

All-rounder Nasir Lone, who scored a half-century in the first innings and a century in the second apart from grabbing a handful of wickets in JKCA’s Senior Multi-Day Final, is also not included in the team. He was named the best all-rounder of the tournament too. JKCA had earlier claimed that this year teams would be selected based on performances in these domestic tournaments!

The balance of the Ranji Trophy squad has also come under scanner! There are 6 fast bowlers and 3 wicket-keepers while only two spinners in the 16-men squad! The top-performing spinners from U-19 and U-25 tournaments: Ranjot Singh and Vanshaj Sharma have not been considered.

There are a lot of fingers being raised on captain Shubham Pundir as well. People are questioning his constant unimpressive performances with the bat, asking “how could he be the captain without scoring runs!” Notably, Pundir’s average in first-class cricket is 23.88!

To get clarification and answers to these questions, KSW tried reaching out to Vidhya Bhaskar, chairman of the JKCA senior selection committee! His phone rang first but he didn’t answer and since then it’s saying “the caller is unavailable to take calls”! We even dropped the questionnaire via WhatsApp to him, which he read but didn’t answer!

We also tried calling Arshad Bhat, the only Kashmir-based member of the JKCA senior selection committee, but he also didn’t receive it despite several attempts!

If and when any of the selectors respond, the story will be updated!