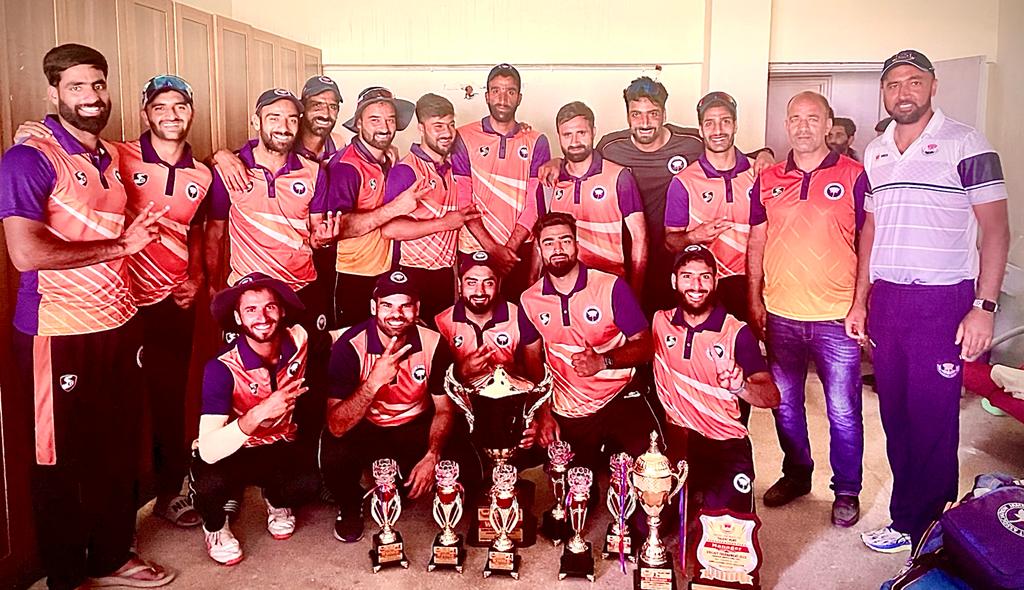 Earlier, put into bat, JKCA Blue scored a modest total of 165 runs in 40.3 overs. Henan Malik was the top scorer with 53 runs, while Ramdayal contributed valuable 46 runs to the total.

The duo made a good partnership of 90 runs to take the score to 144 runs, after JKCA Blue were struggling at 54/6, before Nasir Lone struck thrice in the same over to get rid of both these batsmen. Abid Mushtaq chipped in with 19 runs, while Jatin Wadhawan and Suryansh Raina contributed 11 and 10 runs respectively.

For JKCA Blue, Parvez Rasool was the pick of the bowlers, who took 4 wickets by conceding 28 runs in his 19.3 overs, while Nasir Lone captured 3 wickets. Umar Nazir bagged 2 and Shahrukh Dar claimed 1 wicket.

In reply, JKCA Orange, after their early hiccups, rode on a brilliant partnership between Parvez Rasool and Sheikh Usaid to chase the required target in 33.3 overs by losing 5 wickets to win the match by 5 wickets.

Rasool was in sublime touch and showed stellar grit and tenacity, besides fluid grace and elegance to score splendid 77 runs, while Usaid contributed valuable 53 runs.

The chief guest, apart from distributing prizes among the winners and runners-up teams also honoured the umpires and other officials on the occasion.