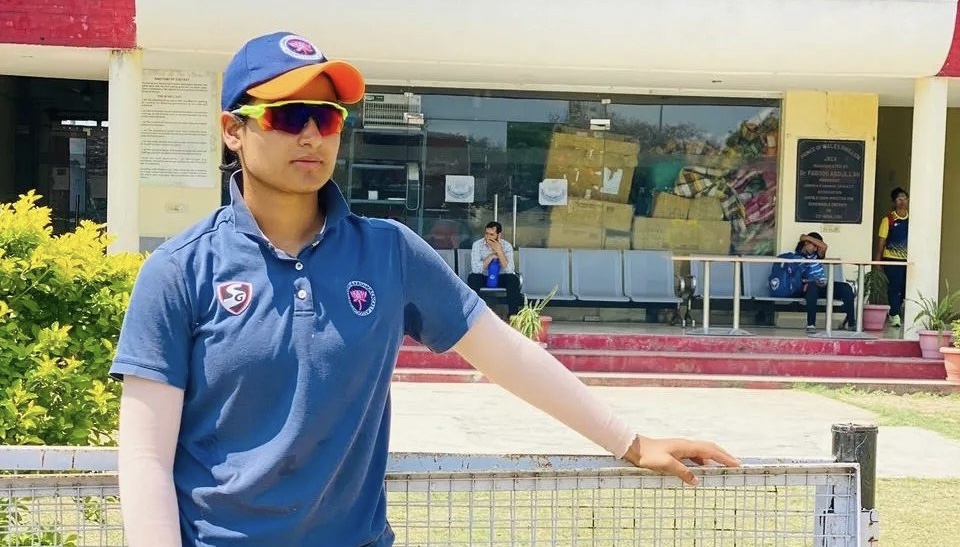 At GGM Science College Hostel Ground Jammu, JKCA A3 defeated A5 by 4 wickets. Earlier, batting first, JKCA A5 scored 157 runs. Rifat top scored with 57 runs, while Bawandeep contributed 37 runs to the total.
For JKCA A3, medium pacer Aanvi Singh was the pick of the bowlers, who took 4 wickets, while Tanisha and Nadia claimed 2 wickets each.

In reply, JKCA A3 chased the target by losing 6 wickets, thus won the match by 4 wickets. Tanisha (31), Aanvi (28), Nadia Chowdhary (26) and Nancy (23) were the main scorers.
Aliya took 2 wickets for JKCA A5, while Rifat and Shruti claimed one wicket each.

At University of Jammu Ground, JKCA A1 defeated A4 by 5 wickets. Batting first, JKCA A4 scored a modest total of 115 runs. Chitra scored 37 runs and skipper Sanjana contributed 36 runs. For JKCA A1, skipper Sandhya Sayal and Neemami Slathia took 2 wickets each, while Urvashi and Shivanti claimed 1 wicket each.

In reply, JKCA A4 chased the target by losing 5 wickets to win the match by 5 wickets. Sandhya Sayal top scored with 56 runs, while Madhu Devi contributed 22 runs to the total. For A1, Chitra took 2 wickets, while Heena, Shivangi and Mehika claimed 1 wicket each.

At Sher-e-Kashmir Stadium Ground-A, JKCA B1 defeated B3 by 4 wickets. Batting first, B3 scored a good total of 195 runs in 50 overs. Rubiya Syed and Qousar Jabeen contributed 31 runs each. Mahroof Anjum was the pick of the bowlers for JKCA B1, who captured 5 wickets.

In reply, B1 chased the target in 43.4 overs by losing 6 wickets, thus won the match by 4 wickets. Rukaya Amin top scored with 61 runs, while Iqra Nabi contributed 19 runs to the total. Aqsa took 4 wickets, while Rubiya Syed claimed 1 wicket.

At Sher-e-Kashmir Stadium, Ground-B, JKCA B2 got the better of B4 by 4 wickets. Batting first, B4 scored a good total of 197 runs. Heena Mushtaq top scored with 39 runs, while Afreen Malik contributed 27 runs to the total. For B2, Asra Shafi took 3 wickets, while Gousia Shahban claimed 3 wickets.