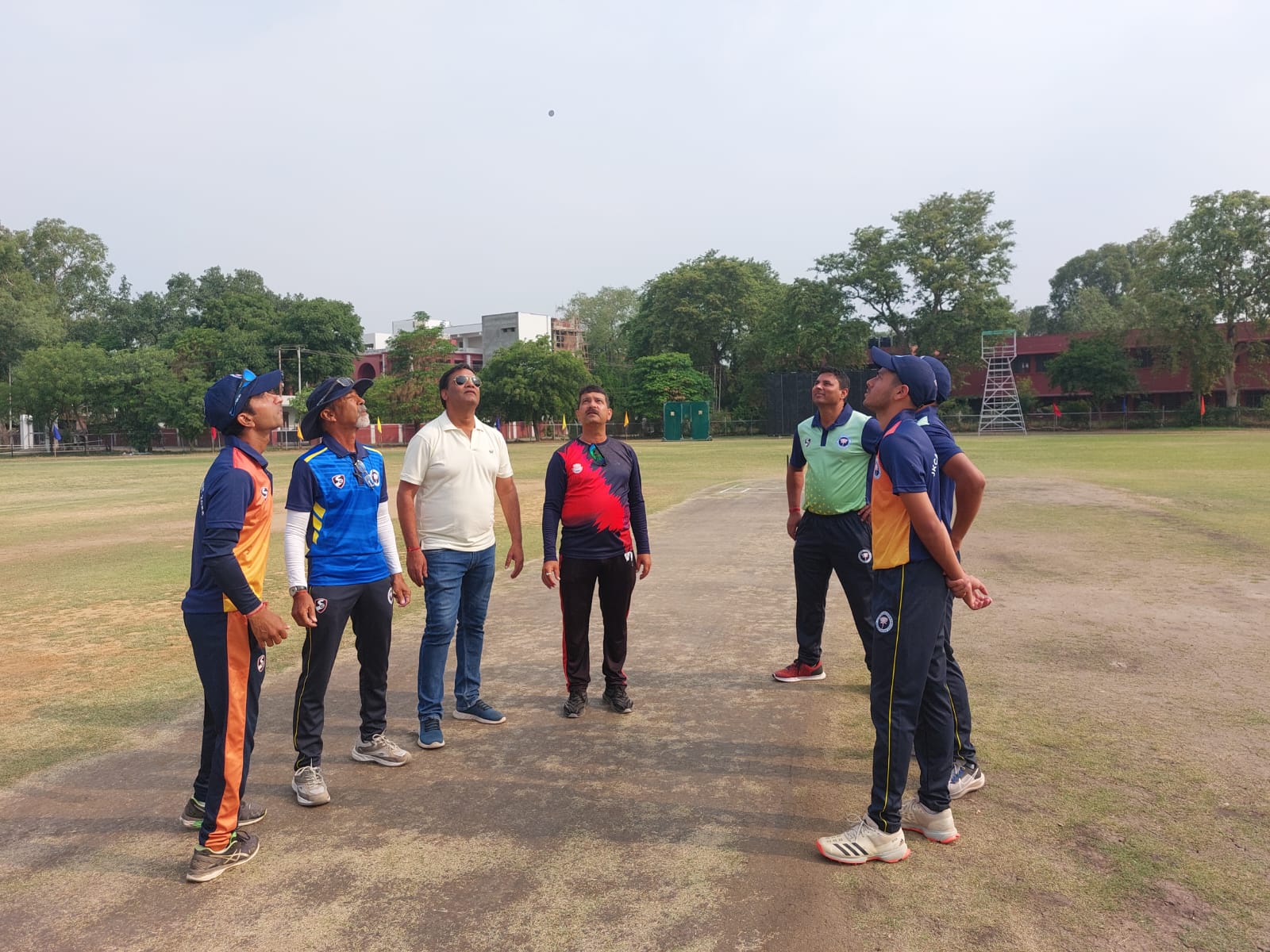 Jammu/Srinagar, May 28: Sahil Imran showed brilliance to notch up 76 runs but that was not enough for A4 to register victory as they fell short of 5 runs, while Akash Ayoub, Asrar Malik, Bachan Singh, Arnav Gupta and Meeran Yousuf were brilliant with the willow as JKCA A2 emerged winner in Jammu and B1 got the better of B6 in Kashmir in the ongoing Under-19 Men’s One-Day Tournament, being organised by the Jammu and Kashmir Cricket Association.

At GGM Science College Hostel Ground Jammu, JKCA team A2 defeated team A4 in a close contest by 5 runs. Earlier, winning the toss and batting first, A2 scored 252 runs in 49 overs. Arnav Gupta top scored with 67 runs off 95 balls, studded with 9 delectable boundaries, while Vansh Khadyal contributed 59 runs off 68 balls, studded with 8 boundaries. For team A4, Mohd Amaan took 3 wickets, while Udhay Pratap Singh and Krishna Sharma bagged 2 wickets each.

In reply, team A4 managed to score 247 runs in 49.1 overs, thus lost the match by 5 runs. Sahil Imran top scored with 76 runs off 58 balls with the help of 5 fours and 6 sixes, while Bachan Singh scored 67 runs off 75 balls, including 6 fours and 2 sixes. Ishan Thakur also contributed 34 runs. For JKCA A2, Nikhil, Vansh and Shakwat bagged 2 wickets each.

At Sher-e-Kashmir Cricket Stadium Srinagar Ground-A, JKCA B1 defeated B6 in a thrilling contest by 1 wicket. Put into bat, B6 scored a big total of runs 271 runs, losing all their wickets in the process. Akash Ayoub showed stellar grit and tenacity to notch up unbeaten 60 runs, while Muneeb Iqbal contributed 35 runs to the total. For B1, Janveer bagged 3 wickets, while Ranjit Singh claimed 2 wickets.

In reply, JKCA B1 scored 272 runs in 48.2 overs, losing 9 wickets in the process, thus won the match in an exciting context by one wicket. Asrar Malik top scored with 80 runs while Meeran Yousuf contributed 59 runs to the total. For bowling side, Taufeeq bagged 4 wickets, while Ahmed Fayaz claimed 2 wickets.