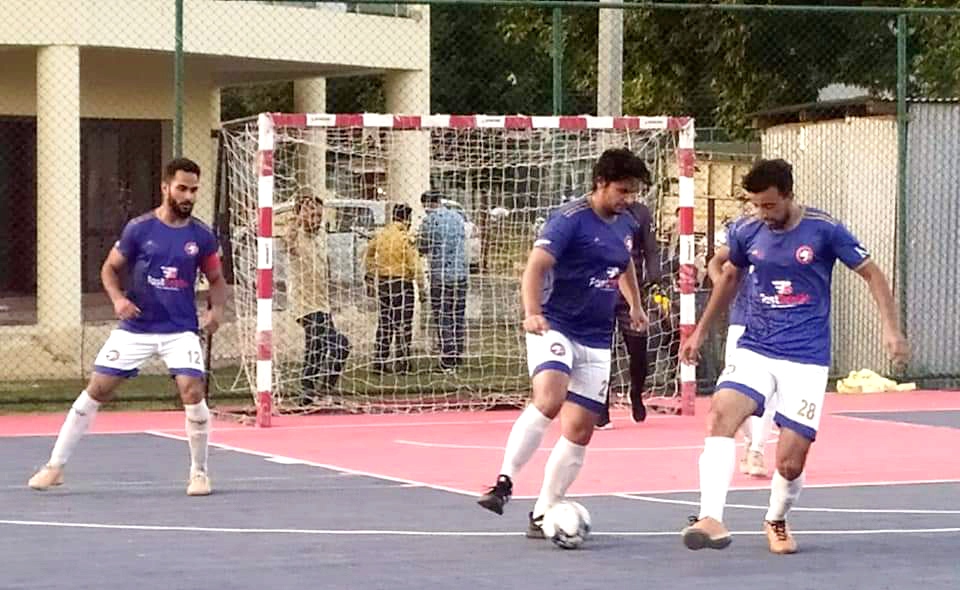 The first of it’s kind event organised by JKFA was inaugurated by Farooq Khan, Advisor to Lt. Governor was chief guest on the occasion.

The Advisor was introduced to the teams , clubs and he interacted with them. He stressed upon the Youth to actively participate in various Sports events organized by JKSC and other Associations.

An exhibition football match was also played between Downtown Hero’s FC and Kashmir Panthers FC, Pattan. Both the clubs played quality Football and were applauded by the spectators.

Among others who were present on the occasion were Nuzhat Gul, Secretary JKSC, Madam Nusrat Gazala So (C) , Z.A Thakur, President JKFA, N.A Bhat, Vice President & HOR JKFA and other Officials of JKSC & JKFA .
The Futsal Championship is organized by JKFA in collaboration with JKSC.