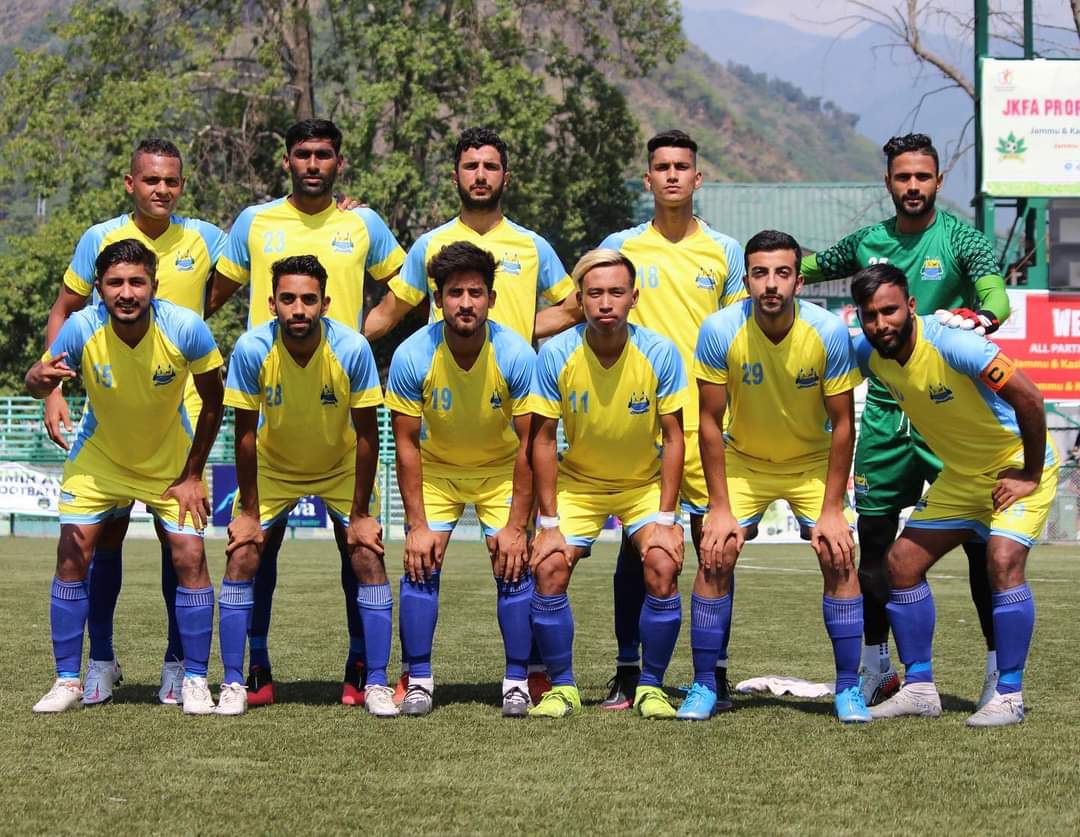 Srinagar, 30 July 30: Lone Star Kashmir FC taught Sports Council Football Academy (SFA) boys a lesson on Friday by out playing them by 5-0 goals in the match of the SFA Professional League at TRC Ground Srinagar.

Both teams playing their last match of the league with outcome having no bearing on overall standings , Lone Star went in full flow against SFA boys who are trained and mentored by several high profile International coaches of Kashmir.

The match was completely dominated by Lone Star Kashmir FC who have several outside players in its squad . The margin could have been bigger if they wouldn’t have wasted the chances that came their way.

For Lone Star Ragav scored a hattric and Steven and Johnson scored one goal each.
Ragav of Lone Star was declared as man of the match

With this defeat , SFA which has not won single match out of seven played in the league finished at bottom of the table. They suffered six defeats while as their only draw came against Downtown Heroes FC.
In the process SFA have conceded 27 goals while as scored only 5.