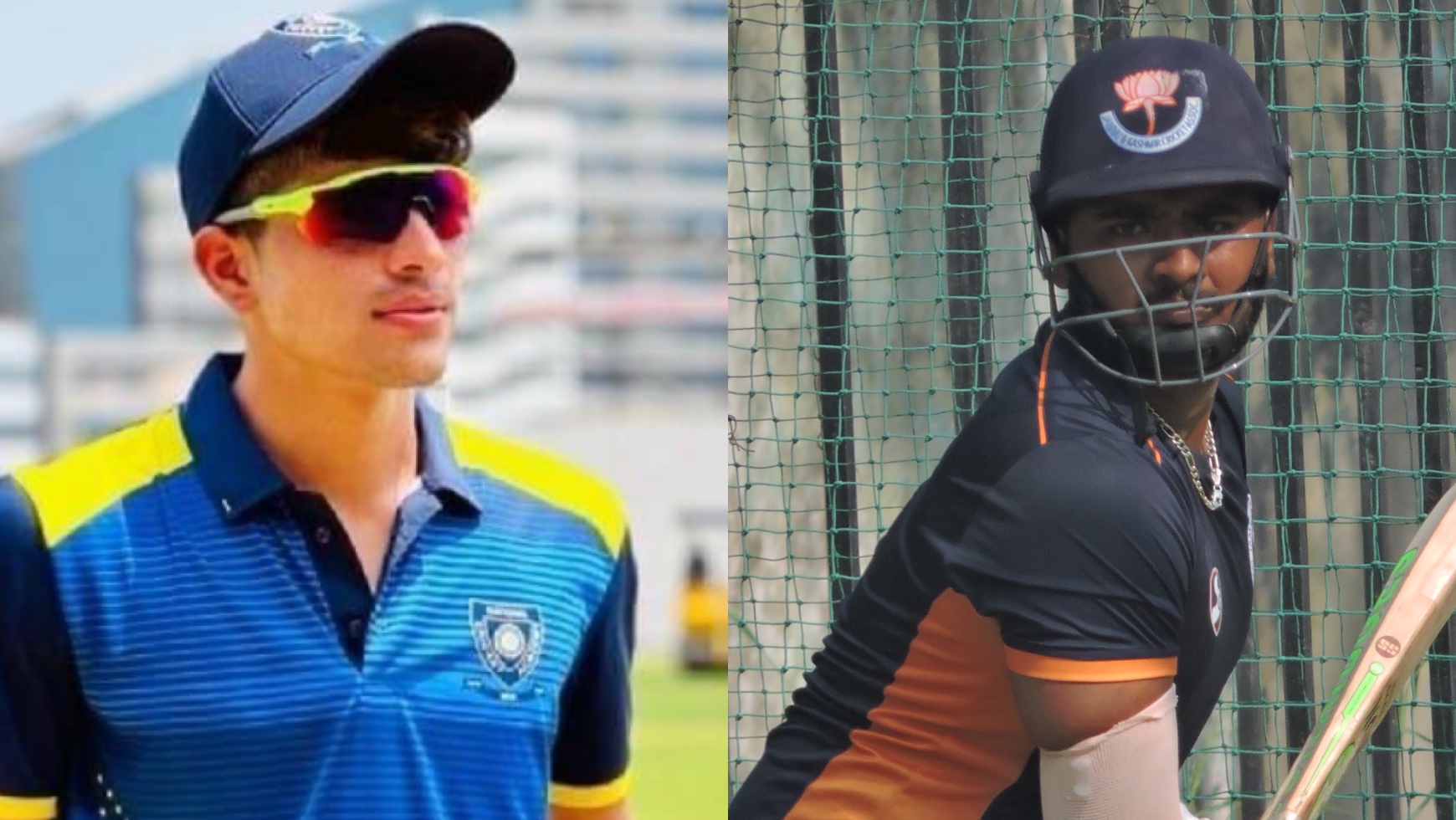 Srinagar, May 30: Young Jammu and Kashmir cricketers Arya Suvansh Thakur and Mohammad Manzir have got the National Selectors nod to represent India ‘D’ and India ‘E’, respectively in the forthcoming BCCI’s prestigious tourney to be held in Pondicherry.

Arya is a left-handed opening batter. He did quite well in both Vinoo Mankad and Cooch Behar Trophy for J&K last season. He likes to go after the bowlers from ball one and it bore fruits for him. The Jammu-born gave J&K some good starts upfront.

Mohammad Manzir, on the other hand, is a right-handed batter who is capable of rolling his arm as well. He was the skipper for J&K U19 side for last couple of seasons. While J&K failed to make a mark, he played a few handy knocks and took some wickets as well.

Manzir comes from Sopore in north Kashmir and has been around for a while. Earlier, he played for J&K at the U16 level as well.

“Congratulations to both of you for getting selected in India D and India E respectively. Keep the spirit up and make all of us proud,” said Anil Gupta, JKCA Member Administration,  in a congratulatory message to these cricketers.