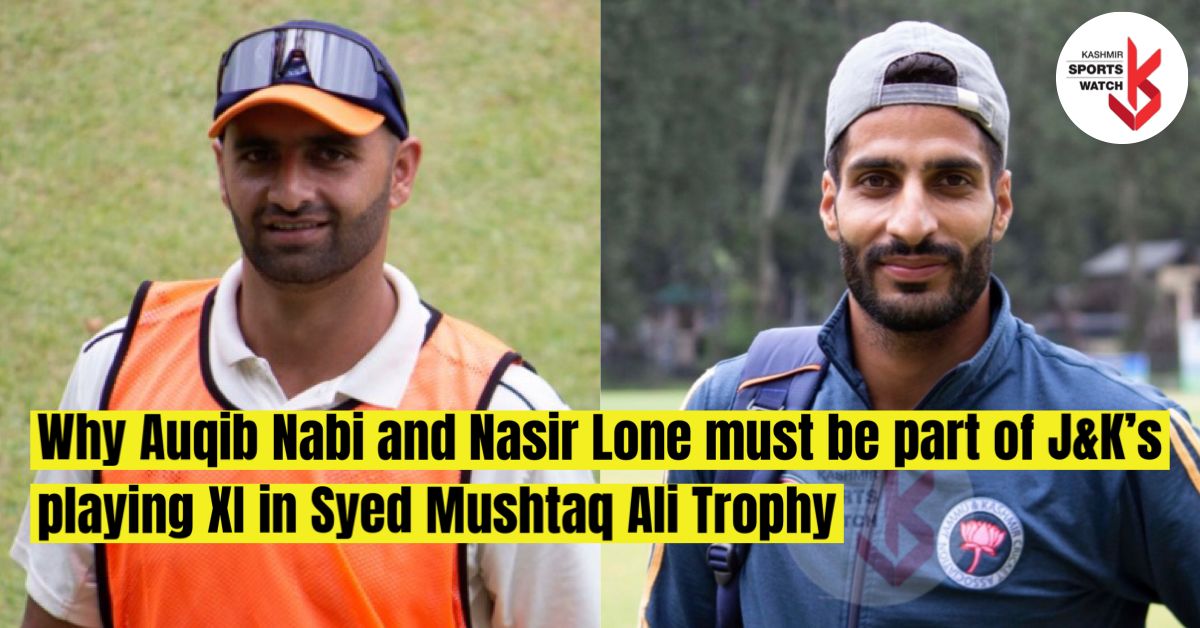 When you have two gun all-rounders in your squad and both of them are warming benches, you shouldn’t be surprised with the result!

J&K has lost four out of the five matches played in Syed Mushtaq Ali Trophy and the major reason has been the bad selection of playing XI! J&K has been playing a team that lacks both depth and variety!

An all-rounder like Auqib Nabi, who has been the most successful fast-bowler for J&K across formats in last few years, is warming the bench. He was included as an Impact Player (IP) in one of the matches, where he proved to be a bit costly in his last over.

However, considering how good he has been these years and his phenomenal performance in trial matches ahead of Syed Mushtaq Ali Trophy, he should have been there in the playing XI from the very first match. Instead, he was made to stay out.

Similarly, Nasir Lone, who was the most impressive all-rounder in JKCA’s two domestic tourneys, hasn’t even got a single chance. A player who’s in form of his life isn’t even being considered after five matches is just hard to digest.

Nasir scored a scintalating hundred in the JKCA Multi-Day Final not long ago. He also picked wickets on regular intervals and has a tremendous record at U-25 and U-23 level.

But it seems J&K’s management is choosing playing XI on basis of everthing except merit! If J&K have the resources, not utilising them is just not done.

Two all-rounders who are capable of winning matches in both the departments on their own are not playing while those with miserbale numbers are getting prefered even after so many failures is highly bizarre!

There are two matches remaining and if J&K at least wants to finish the tournament with some diginity, both Auqib Nabi and Nasir Lone need to be in the playing XI.