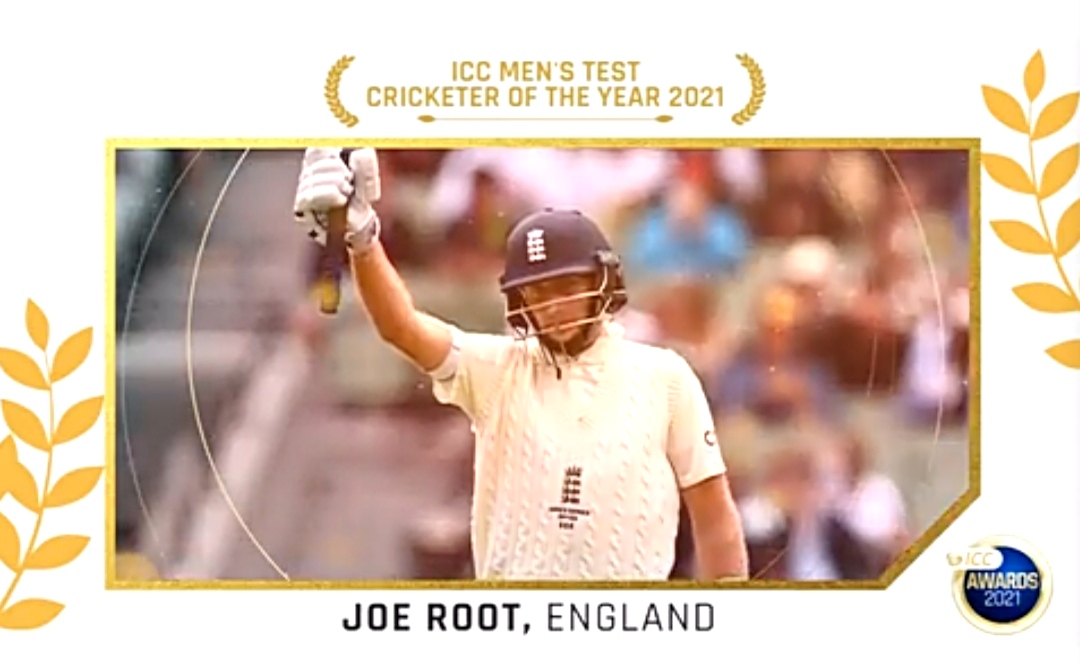 Breathtaking consistency, hunger for big runs and numerous mesmerizing performances – the winner of the ICC Men’s Test Cricketer of the Year Award had a year to remember.

The magnitude of Joe Root’s sublime form in the year 2021 can be summed up by one simple stat – he has become only the third player in history to aggregate over 1700 runs in Test cricket in a calendar year. Only Mohammad Yousuf and Sir Vivian Richards stand ahead of him.

Be it Asia or conditions back at home and against a range of bowling, Root has almost conquered all with some sublime innings. His knocks in Galle against Sri Lanka, and against India in both Chennai and Lord’s are some of the finest witnessed in the modern era, and will be spoken of highly for a long, long time. He hasn’t been shabby with the ball as well, chipping in with a handy 14 wickets, including a five-for in Ahmedabad.

Root’s 218 in the first Test of the four-match series against India in Chennai was a masterclass in batting. He swatted away a quality bowling attack, both pace and spin, with utter ease. This continued his form from the series in Sri Lanka, where he was again in sensational touch.

Batting for 377 deliveries, the Indian bowling had no answers to the Root conundrum, as he set up a 227-run victory for the visitors. This was also a sign of things to come for the remainder of the year, as the England skipper played knock after knock of the highest calibre, irrespective of the opposition.