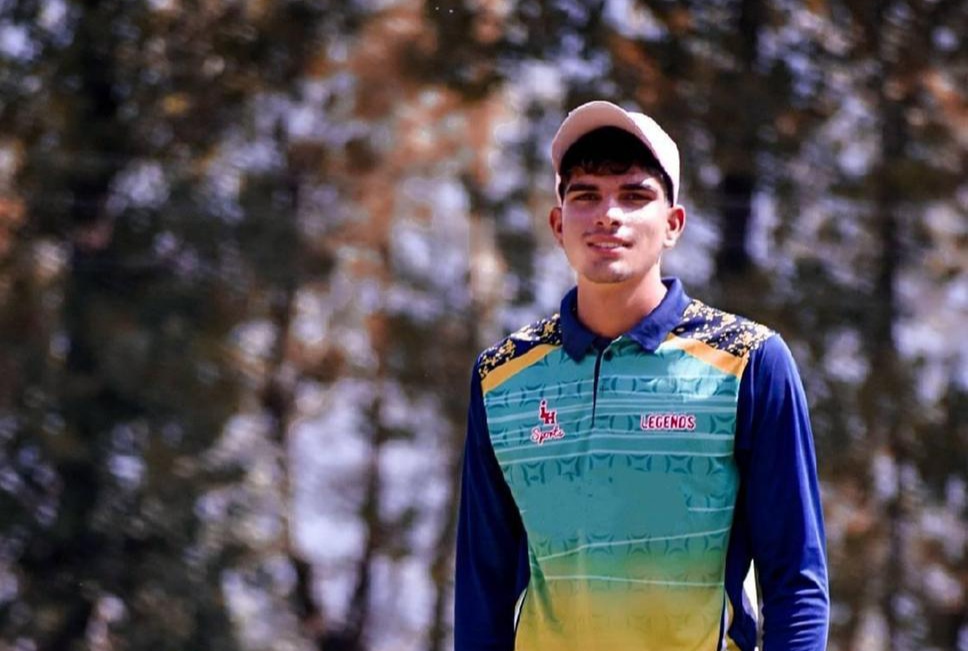 Jammu, Dec 1: Skipper Mohammad Manzir and middle-order batsman Moomin Muzaffar showed application, patience, grit and resilience to save Jammu and Kashmir from another batting collapse in the second innings and take their side to somewhat respectable score of 142/3 in 76 overs at stumps on day-3 today, after Karnataka gained a huge lead of 403 runs over J&K in the ongoing Under-19 Cooch Behar Trophy match at Kandukuri Cricket Academy ground, Vizag, today.

Earlier, resuming from an overnight total of 444/3, Karnataka sailed on a marathon innings of 252 runs by Vishal Onat and declared their innings at 517/4 well before the lunch break today.

Onat remained unbeaten on 252 runs off 425 balls. He was instrumental in guiding his side to a huge total of 517 runs in 136.2 overs and enable them to declare their innings. Earlier yesterday, Jasper Ej had scored 148, while Yashovardhan Parantap had contributed 50 runs. Onat, who was unbeaten on overnight score of 201 runs, continued his grace and brilliance to remain unconquered on 252 runs.

J&K in their second essay, rode on sedate, patient but valuable knocks of unbeaten 64 off 152 balls by Manzir and 44 off 182 balls by Moomin, managed to end the day at 142/3, still trailing by 261 runs. Gursimran (15), Akshit (9) and Moomin (44) were the batsmen to be dismissed, while Nityam Abrol (3) was at the crease along with his skipper at the draw of stumps.

For Karnataka, Aditya Nair and Yashovardhan Parantap took one wicket each.