Srinagar, July 17: Kashmir Avengers Football Club Friday complained of ‘unfair’ umpiring in their third match of Professional League against Lonestar Kashmir. However, the organising body – JKFA – refuted the claims, saying “they are making excuses after the loss.”

Avengers claimed that they were ‘duped thrice’ in their two games by the referees.

“By calling it a professional league, it doesn’t become (one), when you have such unprofessional, incompetent and unfair referees who duped us thrice in two games that turned out to be goals and thus put on stake the future of local players here,” they wrote on their official Facebook page.

“Due to extremely poor refereeing, they (Lonestar) managed to take 2-1 lead (against) us; both the goals scored were called unfair by hundreds of spectators and many renowned footballers of our UT,” the post read.

They complained of the same ‘mistake’ having taken place in their previous match as well.

“It doesn’t end here as the same happened with the team in the previous match against Shaheen FC, wherein one clearly offside goal was scored that couldn’t come under the vision of the referee,” they claimed.

“The state of refereeing in JK football is at its lowest. There has been no significant improvement which has become one of the major hindrance of the overall development of the game in the valley. Time and again we have seen it now that due to the physical inability of current referee’s they are unable to control the game,” a statement issued on their social media handle read.

“We understand a referee cannot be partial but we also understand that under physical limitations a referee can lose control and hold over the game as seen in the game today between Kashmir Avengers FC and Lonestar FC. If a referee is not physically fit and crossed age where he is not deemed capable enough to referee the game, then why are the same still appointed?,” it said.

However, JKFA, while refuting this, said it was Kashmir Avengers’ coach who ‘tried to create disturbance’.

“It was Kashmir Avengers’ third straight loss in the tournament. Their coach tried to create disturbance by constantly yelling at referees. Instead of trying to concentrate on the match, he influenced his players and spectators to humiliate the referee,” said an official.

“A lot of matches took place already and we didn’t receive any sort of complaint against the umpiring standards. If a team loses, it doesn’t mean a referee is responsible. Are they expecting a referee to score goals for them?,” he added.

Asked about NIFF’s statement, he said: “They’re unable to digest the success this tournament is fetching. They’re always in search of reasons to blame us,”

“These referees have tons of experience. These are the ones who were umpiring during the state championship also. Why were no complains since then?,”

He further said that they didn’t receive any official complaint.

“If they had any complaints, they should have registered their protest with JKFA by writing to us properly, explaining what happened,” he remarked. 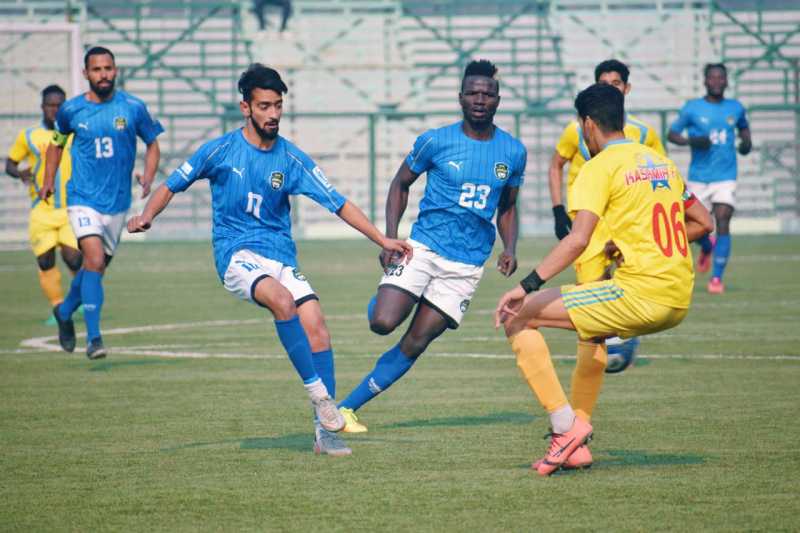