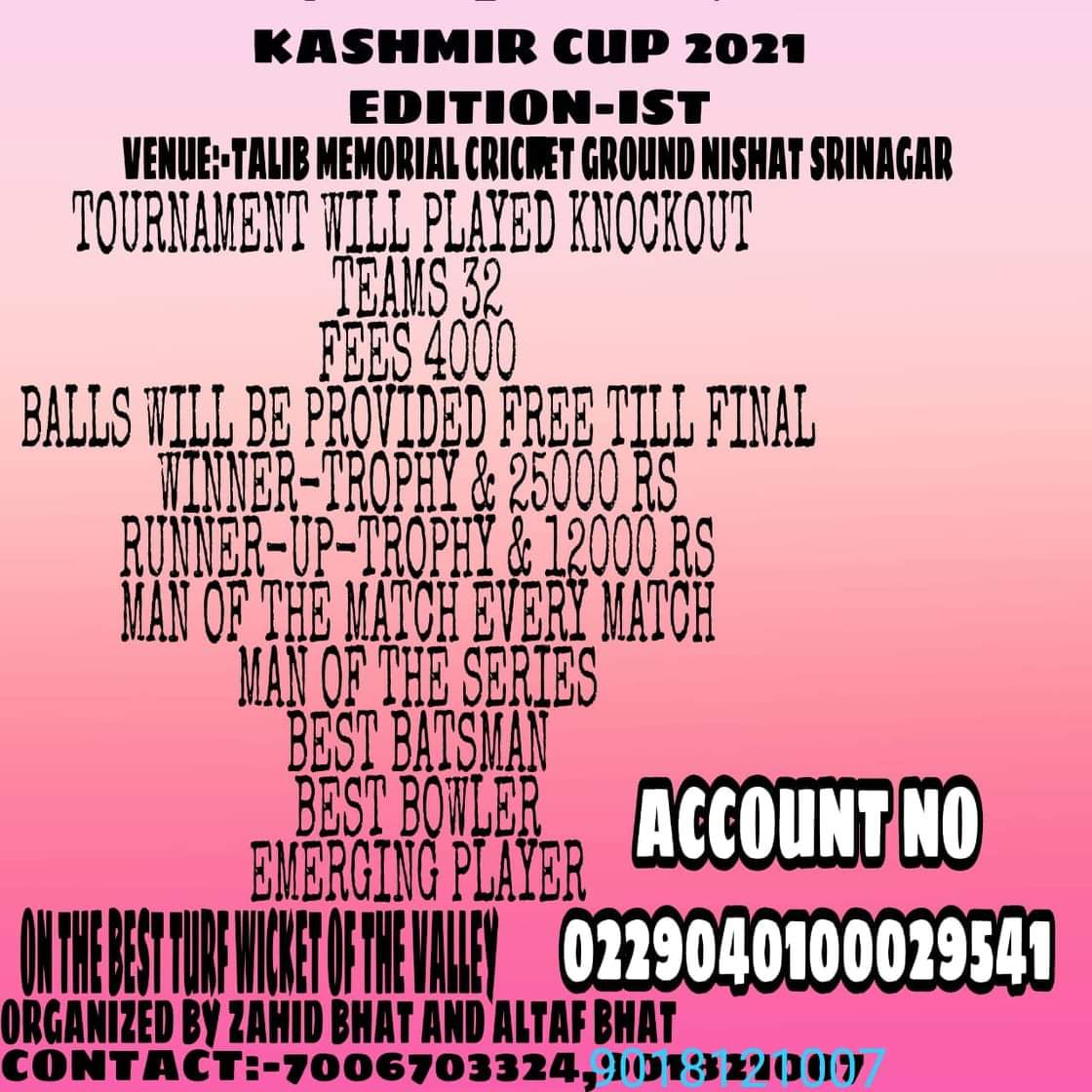 Srinagar, April 22: The first edition of the Kashmir Cup 2021 T20 tournament would be conducted at Talib Memorial Ground Nishat, Srinagar .
The matches would be held on turf wicket and format of the event is going to be knockout.
Organisers Zahid Bhat and Altaf Bhat said that 32 teams would be given entry in the tournament and the entry fee has been fixed at 4000 per team.
The winning side would be awarded 25000 and trophy while as runner up will get 12000 and trophy . Balls would be provided by organisers till final, organisers said.
The organising duo said that there would be awards for man of the match, man of the tournament, best batsman , bowler and emerging player as well.
For registration interested teams have been asked to contact 7006703324 and 9018121007.