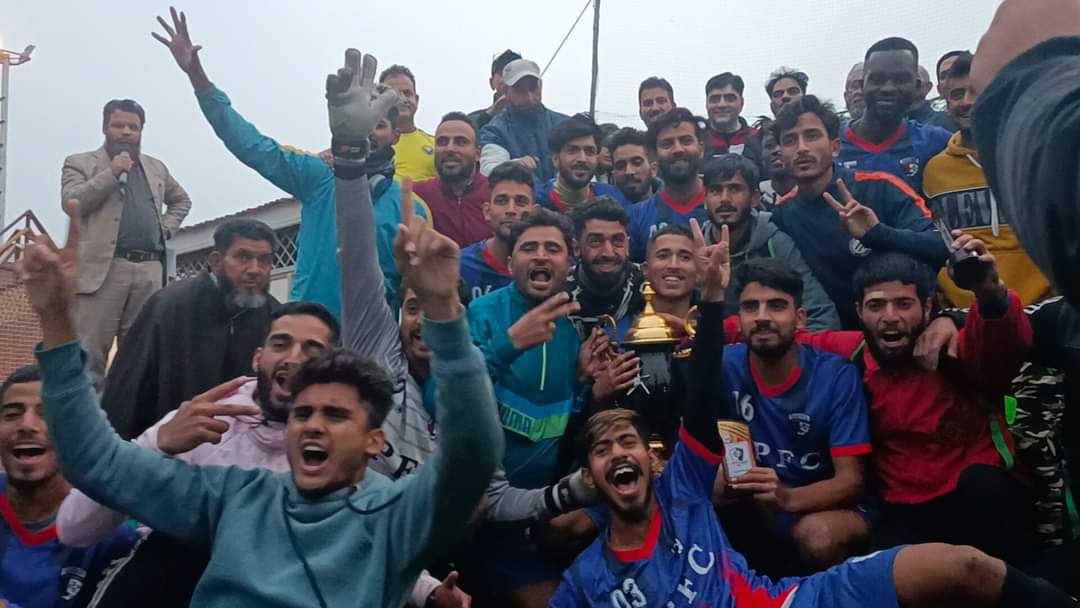 In the final that saw tempers going out of control from both sides, Kashmir Panthers FC beat Downtown Heroes FC in sudden death.

In allotted time , both teams were able to score one goal each. In Tiebreaker score was again level and outcome was decided through sudden death in which Panthers FC came out as winner.

They lifted the title that saw Kashmir’s top 16 teams participating.

The final was also marred by the ugly scenes in which players and management of both sides exchanged blows against eachother. That resulted in wastage of lot of time and red card being shown to two players. However as event was not sanctioned by JKFA it may not see further action for such indiscipline shown by both the sides.

MY Wani hailed Panthers FC for emerging put as winner and said that they deserved the title .
However at the same time he advised both teams to exhibit discipline and be role model for everyone .