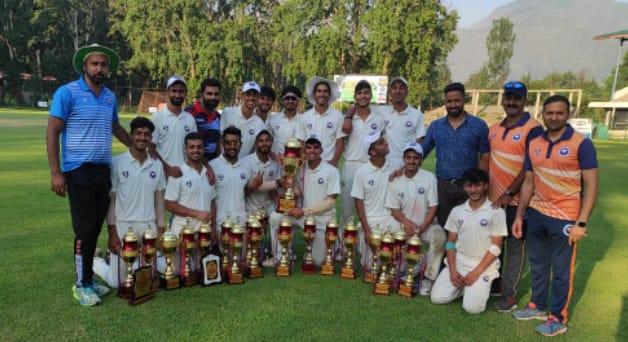 For JKCA Blue, medium pacer Arooj Parvez and left-arm spinner Ranjit Singh bagged 4 wickets each, while Yasir Rasheed claimed 2 wickets. JKCA Blue, in reply declared their second innings at 221/4 to set a target of 300 for JKCA Red. Momin Muzzaffar (65) and Akash Ayoub (52) were the main contributors.

For JKCA Red, Mohd Naveed and Towheed Ahmed took 2 wickets each. JKCA Red, in their second essay were 115/3 in 15 overs at stumps today. Rydham Sharma (50) and Arnav Gupta (29) were the main scorers. For JKCA Blue, Yasir Rasheed took all the 3 wickets to fall.