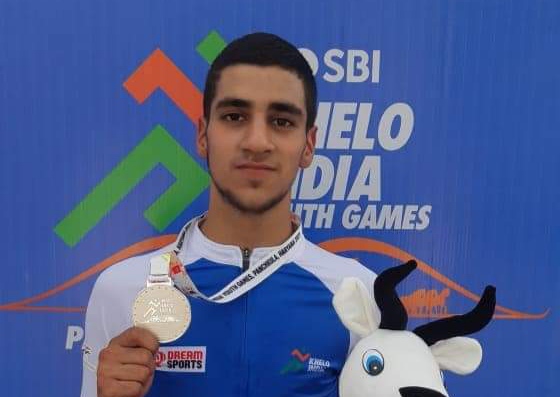 Panchkula, June 10: After stumbling twice in previous editions, Punjab rose like the proverbial phoenix to clinch the much-coveted Boys’ hockey title in the Khelo India Youth Games here on Friday.

In other early morning action, Karnataka cycled to a welcome gold to claim the fourth place on the ever-changing Medals’ Table.

Haryana (33) and Maharashtra (32) couldn’t find any yellow metal during the morning session to hold on to their previous evening’s exalted positions.

The lone woman cyclist in their contingent, Leakzes Angmo, helped tiny Ladakh win their first medal of the Games, finishing second behind Borji with a timing of 33:52.52s. Mukesh Kaswan of Rajasthan clinched the Boy’s Time Trial 30km ahead of Jammu and Kashmir’s Adil Altaf.

On the blue hockey turf, Punjab rode on Bharath Thakur’s brace to upset favourites Uttar Pradesh 3-1 in a thrilling final.

Bharath Thakur (4th & 47th) and Rajinder Singh converted their 5th penalty corner to quell the national champions’ onslaught. Impressive UP earned 10 penalty corners but could convert only one, in the 11th minute, through drag-flicker captain Sharda Nand Tiwari, which was good enough to only restore parity.

“We had finished twice on the podium, with a silver and bronze, but today the boys displayed perfect hockey and delivered,” a jubilant Yudhwinder Singh, the coach, said.

Meanwhile, Tamil Nadu’s girls got the better of hosts Haryana 3-2 to set up an intriguing final against Jharkand, who defeated Gujarat 3-0.

Tamil Nadu looked down and out at halftime, with the hosts taking a 2-0 lead, thanks to strikes from Nisha and Aarthi. But A Mahalaxmi scored a brace on resumption and R Yuva Rani pounced on a loose ball in added time to score the winner and break the hearts of the hosts.